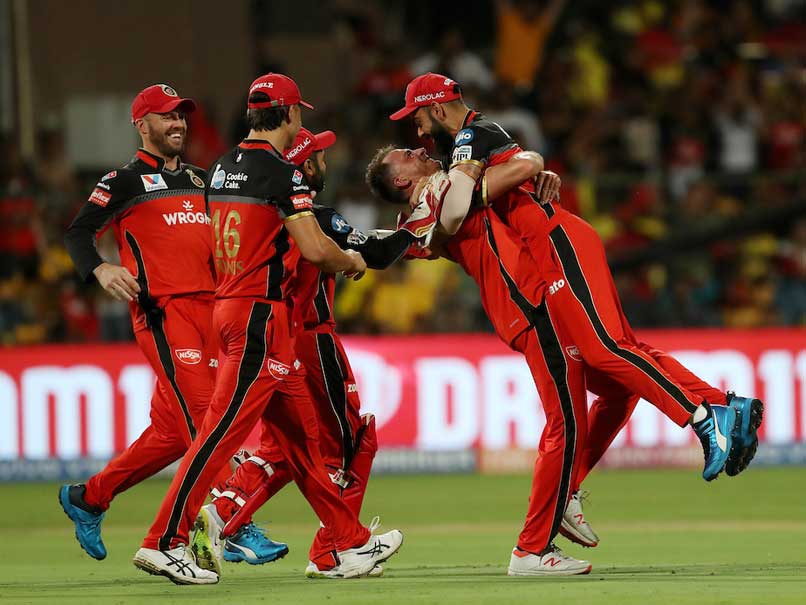 Royal Challengers Bangalore (RCB) fell short of winning their maiden IPL title once again, as they were defeated by Sunrisers Hyderabad in the eliminator last year. RCB started off the season in good fashion and were one of the three teams which looked in a comfortable place to seal a playoffs spot. However, as things panned put, Kohli’s men lost a string of games and had to wait until their last game against Delhi Capitals to book a place in the last four.

Royal Challengers Bangalore made a couple of big acquisitions in the recently concluded auction last month. Glenn Maxwell and Kyle Jamieson were the top buys, alongside the likes of Dan Christian, Mohammed Azharudeen.

Virat Kohli will play a crucial role in RCB middle-order

Devdutt Padikkal was the find of the season for RCB last year. The left-hander overshadowed his opening partner, Aaron Finch who also happens to be Australia’s limited overs captain. Padikkal was the top scorer for Royal Challengers Bangalore last season, having scored 473 runs in 15 innings at an average of just over 31.

Mohammed Azharudeen made his way into the limelight after scoring a 37-ball century against Mumbai in the Syed Mustaq Ali Trophy, earlier this year. The right-hander went on to score 137 runs in just 54 balls that prompted RCB to bid for him in the auction. He is expected to open the batting for Bangalore alongside Padikkal.

Ever since his incredible IPL 2016 season, where he amassed 973 runs, Virat Kohli has not had a similar impact for his team. The RCB skipper underperformed last year, scoring 466 runs in 15 innings. However, Kohli was criticized for taking too much time in the middle, putting all the onus on AB de Villiers to provide a late dash.

AB de Villiers will continue to come in at his regular position at number four. The former South African batsman scored 454 runs last season at an average of over 45 and an incredible strike rate of 158. de Villiers was often burdened with role of playing as an anchor and as a finisher at the same time, with Kohli losing his wicket at crucial stages of the game.

Glenn Maxwell was picked up Royal Challengers Bangalore in the auction

The presence of Glenn Maxwell at number five lifts a lot of pressure off AB de Villiers who can afford to play his natural game. Maxwell is also a handy bowler and has the ability to pick up a few wickets on his day. The addition of Maxwell to the squad gives RCB an added dimension which they have been lacking.

Dan Christian was the other Australian picked by Royal Challengers Bangalore in the auction. Christian is an experienced campaigner and has the ability to strike the balls out of the park. More importantly, Christian can be as good as a pure bowler, and can bowl in the death overs as well.

Washington Sundar had a poor IPL 2020 campaign as he managed to pick up just eight wickets in his 15 outings at an average of over 37. However, Sundar is running on high confidence after establishing himself a regular Test starter for India. Sundar is exceptional with the new ball in T20 cricket, and can prove to be valuable batsman, as was evident in the recent Test series against Australia and England.

Mohammed Siraj is another player who is in high spirits after his recent performances in Test cricket. Siraj had an impressive IPL 2020 campaign, picking up his form in the second half of the season. Siraj picked up 11 wickets in his nine outings at an average of just over 21.

Navdeep Saini had an IPL season to forget last year as he managed to pick just six wickets in his 13 outings at an average of over 63. However, Kohli has placed his faith in the young Indian pacer and is expected to back him for one more season.

Yuzvendra Chahal is by far the most important bowler in the RCB squad. If it weren’t for Chahal’s performances with the ball last year, RCB could have found themselves at the bottom of the table. The leg spinner picked up 21 wickets in 15 matches at an average of just under 20.

After making his debut against India last year, Jamieson’s stocks have vastly shot up. The Kiwi pacer has cemented his place in all three formats of the game for his international side. However, he suffered a minor setback against Australia. The tall pacer was taken to the cleaners by the Aussie batsman and as a result he was dropped for the fifth T20I.