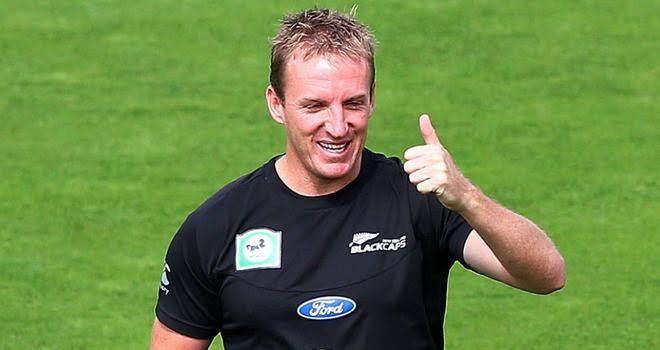 Punjab Kings (PBKS) are putting their best step forward towards the 14th edition of the Indian Premier League (IPL), which is set to commence on April 9 2021. After an interesting auction where they put in a lot of money to plug holes in their team, PBKS have now appointed Australian Damien Wright as their bowling coach for the forthcoming season.

Wright, the former Tasmania all-rounder, brings with him a wealth of coaching experience to the set-up. The 45-year-old has previously been the bowling coach of New Zealand and has also served as a coach for the Melbourne Stars and Bangladesh U-19 side.

Wright will be replacing ex-South African pacer Charl Langeveldt in the role of the bowling coach for PBKS.

The franchise confirmed the development on Friday (March 12) as they look to end their longstanding drought of an IPL title. “Wright has come to the right place. Another Aussie on-board,” tweeted the official handle of the Punjab Kings (PBKS).

Wright has come to the right place ☑️😅

The Punjab Kings (PBKS) team had a busy IPL 2021 auction recently in Chennai as they spent a whopping INR 14 Crores on pacer Jhye Richardson besides making various other popular signings.

The team bought Riley Meredith for INR 8 Crores and Shahrukh Khan for INR 5.25 Crores. Moises Henriques was roped in at a sum of INR 4.20 crores, while Dawid Malan and Fabien Allen were purchased at INR 1.5 Crores and INR 75 Lakhs, respectively. Jalaj Saxena, Utkarsh Singh, and Saurabh Kumar have now also joined the team.

A busy auction was a result of another lacklustre season in UAE last year where PBKS won just 6 of their 14 matches and missed out on the playoffs again. In fact, it was the sixth straight season in which the franchise didn’t go past the first round. The KL Rahul led side will be hoping to correct that and rewrite history books in the IPL 2021.