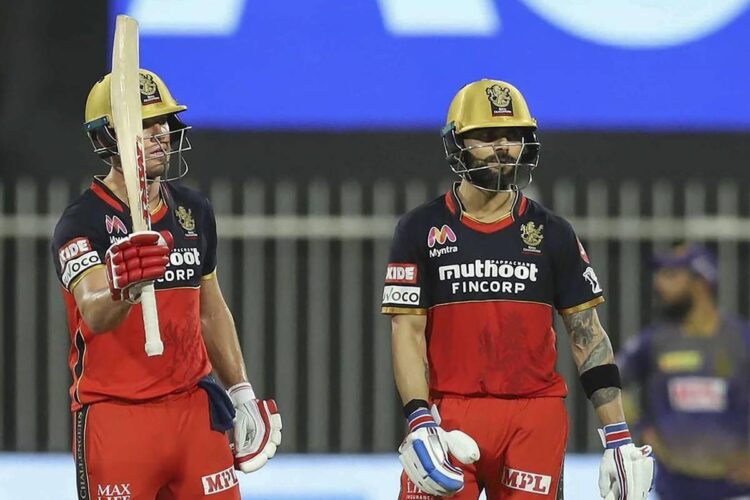 Royal Challengers Bangalore (RCB) batsman AB de Villiers has said that the franchise has a lot of momentum from the IPL 2020 where they qualified for the playoffs for the first time since the IPL 2016 season and things clicked for them in certain areas.

The RCB team will be playing the IPL 2021 tournament opener against defending champions Mumbai Indians (MI) at the MA Chidambaram Stadium in Chennai on April 9. Apart from Chennai, the IPL 2021 will also see Mumbai, Delhi, Bengaluru, Kolkata, and Ahmedabad hosting the matches. Ahmedabad will also play host to the playoffs and the final of the IPL 2021.

I Feel We Have The Momentum From The Last Tournament And We’ll Have A Lot Of Fun: AB De Villiers

AB de Villiers was one of the reasons why RCB qualified for the playoffs of the IPL 2020 in UAE and said that the side can carry on the winning momentum from last year’s tournament.

“It was a long journey. Very happy to be back with RCB, it feels like yesterday that we finished the IPL. I feel we have the momentum from the last tournament and we’ll have a lot of fun. There are some new names but also old names, the people I have known for ages. Dan (Christian) has been with RCB before, it’s Maxi’s (Maxwell) first time but we all have seen him so often in the IPL, hopefully, a lot of games for us to win together,” said AB de Villiers in a video posted on RCB’s Twitter.

On @myntra presents Bold diaries, catch the first reactions of @ABdeVilliers17 upon his arrival in Chennai for #IPL2021 #PlayBold #WeAreChallengers pic.twitter.com/o1GTdhnFbI

RCB skipper Virat Kohli also joined the RCB bubble in Chennai on Thursday. As per BCCI’s SOPs for IPL 2021, all players (except for those from the India-England series), support staff, and management entering the bubble need to undergo a seven-day quarantine in their hotel rooms.

Earlier this week, as many as 11 RCB players begun training for the 14th edition of the IPL. This is a 9-day conditioning camp being conducted under the watchful eyes of Mike Hesson, Director of Cricket Operations, RCB, and head coach, Simon Katich, at the Centre for Sports Science (CSS) facilities at Sri Ramachandra Institute of Higher Education and Research, Chennai.

Also Read: I Feel A Lot Better Than A Week Ago, Eoin Morgan Updates On His Injury Ahead Of IPL 2021