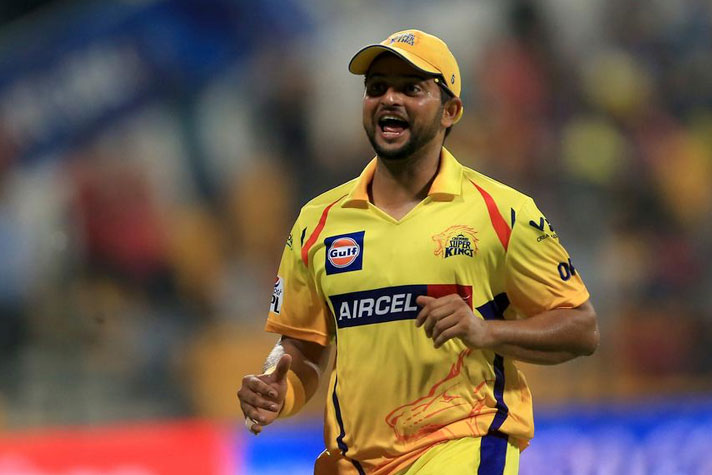 IPL 2021 — Suresh Raina joins MS Dhoni, Virat Kohli and Rohit Sharma in Rs 100cr club: Chennai Super Kings’ Chinna Thalla Suresh Raina, after missing out on the previous season, will be returning to Chepauk Stadium in Indian Premier League 2021. But this time when the former Indian batsman dons the yellow jersey, he will be a part of an elite club. Raina will be the fourth Indian to be part of the Rs 100 crore club.

The 34-year-old was had abruptly left the IPL’s bio-secure bubble in the UAE in August, following which CSK decided to end his contract. He had also retired from international cricket last year, but the three times IPL champions decided to put their faith in him once again.

According to InsideSport Moneyball, CSK is expected to give Raina at least Rs 11 crore, his last drawn salary with the franchise. Also, although he opted out the IPL 2020 season due to personal reasons, he received a 10% of his contract which is Rs 1.1 crore.

Having not played top-flight cricket since IPL 2019, Raina recently returned to action for Uttar Pradesh in the ongoing Syed Mushtaq Ali T20s, finishing with one half-century in five outings.

Here is Suresh Raina’s IPL salary of every season:

MS Dhoni (Captain Cool) is the highest-earning IPL player. MS Dhoni has earned a total of ₹ 137.8 crores in salaries over 13 years in his IPL journey. Ms Dhoni played for Chennai Super Kings for 11 seasons. In 2016 season and 2017 season Dhoni has played for Rising Pune Super Giants, the time when the Chennai franchisee along with Rajasthan Royals were in their 2-year suspension term.

Ms Dhoni is now back with the yellow army. CSK retained him for ₹15 crore for IPL 2020 season. The star keeper-batsmen current season salary saw a hike of 150% from the inaugural edition when he was paid ₹6 crore.

2 Rohit Sharma
Rohit Sharma (Hitman) is the 2nd highest earning IPL player. Rohit Sharma has earned a total of ₹ 131.6 crores in salaries over 13 years in his IPL journey. Rohit started his IPL career with Deccan Chargers. The star batsman has been associated with  Mumbai Indians (MI) since 2011.

The Indian cricket team opener took over the team’s captaincy a couple of games into the 2013 season and led MI to their maiden IPL title. In the same year, MI also completed a grand double when they clinched the Champions League T20 title.

His captaincy was put to test in the 2015 season after the team won just one of their first six games and were struggling to stay afloat. Mumbai Indians then staged a remarkable turnaround and lifted the Trophy for the second time with a convincing win in the final.

Rohit Sharma was retained by the Reliance group-owned Mumbai Indians (MI) for ₹ 15 crores in IPL 2020, a 400% jump from the inaugural season salary of ₹3 crores.

3 Virat Kohli
Virat Kohli (Run Machine) is the 3rd highest earning IPL player. Virat kohli has earned a total of ₹ 126.2 crores in salaries over 13 years in his IPL journey
Virat Kohli was retained by the Royal Challengers Bangalore (RCB) team for ₹ 17 crores in IPL 2020, a 14000% jump from the inaugural season salary of ₹12 L.

Virat is the new-age cricketer who is aggressive and expresses his mind on the field. In 2008, Kohli was inducted in the RCB squad and started leading the side in the year 2013. In the year 2016, he sat atop on the leading run-scorers list, thereby donning the Orange Cap at the end of the ninth edition of the league. The highest-paid cricketer in IPL, Virat Kohli was the first one to be retained by his franchise ahead of the IPL 2018 Player Auction and will continue to lead his side.