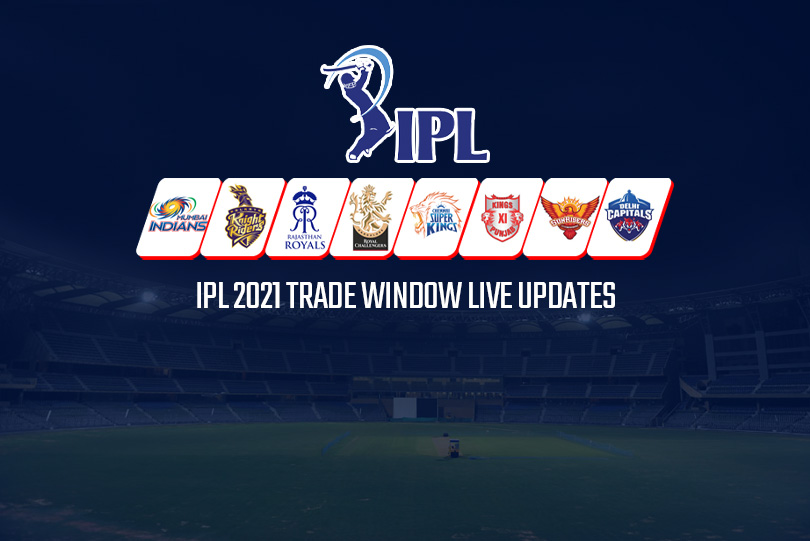 IPL 2021 Trade Window Live Updates: IPL 2021 Auction date announced, to be held on Feb 18 in Chennai: The Indian Premier League (IPL) 2021 player auctions dates were announced on Wednesday. According to a tweet on IPL official page, the auctions will take place on February 18 in Chennai.

How the IPL Trading Window works? All teams are allowed to trade players in player-for-player or all-cash deal depending on both the parties. The trading of the player can’t be made without the consent of the concerned player.

It is worth mentioning that in recent times, some trades have changed the fortunes of sides. Hence, this time everyone will keep a close eye on the list of players being traded as some of them might turn out to be season-defining in IPL 2021. Therefore, InsideSport bring you all the live updates apropos to IPL 2021 trade window.

IPL 2021 Released & Retained Players List: The following players from the eight franchises were retained & released from the squad:

IPL 2021 Auctions to be postponed by a week

The mini-auctions for the 14th edition of the Indian Premier League (IPL 2021) is all set to be postponed by a week. Earlier it was reported that IPL auctions will be held on 11th February but now as per the info from BCCI, auctions will take place on 18th or 19th February in Chennai.

“IPL auctions will now be held in the 3rd week of February. The final date, venue will be confirmed in the next few days”, confirmed senior BCCI official.

Meanwhile, BCCI also has announced that the Indian players who don’t have a contract and wish to be a part of the auction will need to fill the player auction agreement and submit it online on February 4 by 5 pm. The originals can be sent by post till February 12.

RELATED:  Remote workers want to live in Asia, but Asia doesn't seem to want them quite yet