Home SportsCricket IPL 2021: Watch- Dawid Malan Does The Famous ‘Thigh-Five’ In The Nets Of Punjab Kings

IPL 2021: Watch- Dawid Malan Does The Famous ‘Thigh-Five’ In The Nets Of Punjab Kings 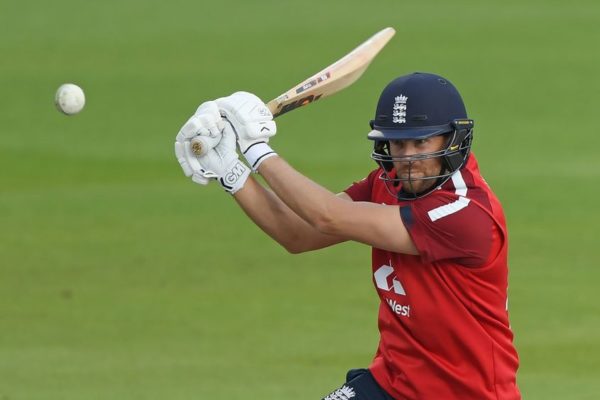 Dawid Malan is gearing up for his first-ever IPL season and has begun preparing and bonding with his Punjab Kings team members. The number 1 T20I batsman recently played the ODI and T20I series against India but didn’t look convincing against spinners. Malan ahead of IPL 2021 was seen playing with intent against the spinners which will help him to score consistently in the upcoming season.

The Punjab Kings acquired in the IPL auction for Rs. 1.5 crores after his brilliant performances in international cricket in the shortest format. Malan is now focusing on the upcoming IPL season and seemed in good spirits with his other members in the nets in Mumbai. The official Punjab Kings on Twitter posted a video of Malan making batting look easy in the nets as he focused on timing the ball and hitting it down the ground.

Dawid Malan Does The Famous ‘Thigh-Five’

The one moment in the end that caught everyone’s eye in the video was when Malan flaunted the famous ‘Thigh-Five’ celebration in the team huddle which was applauded by all his time. The trademark North India celebration is usually performed by Shikhar Dhawan on the cricket field whenever he takes a catch. Malan is slowly but surely getting a feel of the vibe of all Punjab Kings players and their carefree attitude off the field.

The caption of the video was, “That ‘burraaaah’ in the end hits right where it should!”

Meanwhile, Dawid Malan recently became the fastest batsman to score 1,000 T20I runs as he reached the mark in the 5th T20I against India. The 33-year-old is likely to start in the playing XI of Punjab Kings when they play their opening encounter in IPL 2021. The KL Rahul led side will kick off their IPL campaign on April 12 against Rajasthan Royals.