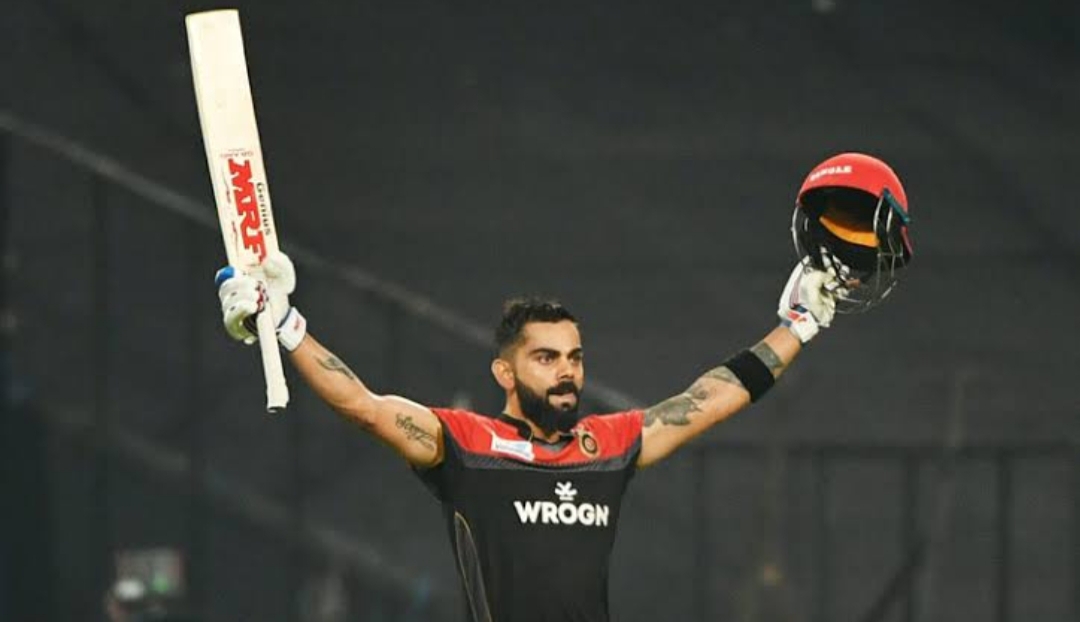 The innings in the deciding T20I of the series against England may not be Virat Kohli’s best but was still extremely crucial to India. The Indian captain ended with an unbeaten 80 off 52 balls and alongside fellow opener, Rohit Sharma, who made 64 off 34 balls, helped his team post a mammoth total of 224/2. India eventually won the match comfortably and with it, the series.

After the match, Kohli, with his eyes set at the T20 World Cup, made his desire to continue opening for India clear. Kohli also confirmed he will open the batting for his IPL franchise Royal Challengers Bangalore (RCB) as well to keep himself attuned with the role.

“Yes. I am going to open in the IPL as well,” Kohli told Star Sports at the presentation on Saturday (March 20). “Look, I’ve batted at different positions in the past, but I feel like we do have a very solid middle-order now, and now it’s about your two best players getting the maximum number of balls in T20 cricket. So I would definitely like to partner Rohit at the top.”

“As I rightly said, if we have a partnership and we both are set, then you know that one of us is going to cause some serious damage. That’s exactly what we want. And the other guys feel much more confident when one of us is still in and set, they know that they can play more freely. It augurs well for the team and I would like this to continue, and hopefully continue that form through to the World Cup,” he added.

His statement may be shutting the door on specialist openers like Shikhar Dhawan, KL Rahul among others, Kohli did give a thorough explanation and enforced the rationale behind his call. The idea is for him to play to his strengths: take his time, control the innings from an end and bat deep before accelerating. The main aim is to maximise the allotted 20 overs. And if one of the world’s best batsmen thinks him opening the innings allows his team to do that, it’s definitely worth it.

Even though the Indian captain has had a habit of making quick and curious U-turns on such statements before, our idea is to explore what happens if he does open and opens consistently for his IPL franchise Kohli’s move is in line with India’s T20 World Cup goal. But what does it mean for RCB in IPL 2021?

With a minimum of 20 innings per position, Kohli has batted most frequently at Nos 1, 2 and 3 for RCB. 61 of his 198 IPL innings have been as an opener and in those, he has enjoyed a stellar record, in that he has been able to stamp his authority and do it consistently without a dip in strike-rate. Surprisingly, at No.3, a spot Kohli has batted the most number of times for RCB, his record pales in comparison to what it is as an opener.

The record vindicates Kohli’s judgement of his game and why he thinks opening will get the best out of him. His compact defense and range help him negotiate any movement upfront and also allow him to take advantage of the powerplay overs without being dismissed as often. He doesn’t have to take much risks to maximise the field restriction overs.

A good start upfront also sets Kohli on his way and when he is in that zone, he is so much better placed to make each ball count. No wonder all his five IPL hundreds have come opening the innings.

In the IPL 2020 in UAE, where Kohli kept himself in the middle-order, he made 466 runs at an average of 42.36. But those runs came at a significantly lower strike-rate – 121.35 – which is nearly 10 runs per 100 balls less than his career IPL strike-rate. It may be said that an extended pandemic break took a toll on even Kohli, the fittest cricketing athlete in the world, but you’d think, only for so long could a range of opposition bowlers enjoy any wood over him. The fact that they did across 15 innings, suggests something was definitely wrong.

Were Kohli and RCB better served if their captain and second-most skillful batsman played to his strengths and opened the innings? This, especially since going in at the top of the order with a talented but inexperienced Devdutt Padikkal and Australian Aaron Finch didn’t quite bear the fruits.

Padikkal, playing his first IPL season, did reasonably well for his age and prior experience, scoring 473 runs at a strike-rate of 124.80 from 15 innings. But Finch struggled throughout and managed only 268 runs from 12 innings with a strike-rate of only 111.20.

Finch’s problems against spinners and even pacers bowling into his body accentuated RCB’s opening woes. No wonder the player wasn’t retained for the next edition of the IPL, with the RCB making a genuine punt on the explosive but inconsistent Glenn Maxwell at the auction in Chennai recently.

Letting go Finch and bringing in Maxwell does two things: makes way for Kohli’s move up the order, while allowing the new Australian recruit to join AB de Villiers in the middle-order where batting with the great South African may just see him excel.

Even if Maxwell doesn’t fire still, it makes sense for Kohli to plug the hole which he is best suited for and that is opening the innings.

Back to Top
Close Add post
X
Bubble To Bubble Transfer Permitted By BCCI For IPL 2021…IPLThe BCCI has permitted the bubble to bubble transfer of players ahead of the upcoming edition of the IPL, says a Cricbuzz report. According to the Sta…

IPL 2021: What Makes Virat Kohli Keen To Open For RCB?