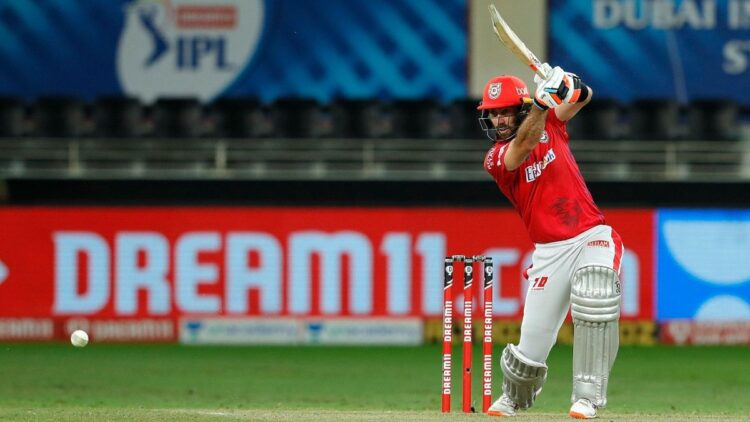 Glenn Maxwell’s journey in the Indian Premier League (IPL) has been a case study of its own. Despite being one of the most feared batsmen in the world, the Australian maverick has never really been able to crack the code in the toughest T20 league.

Maxwell blazed his willow for a whopping 552 runs with a strike-rate of 187.75 while maintaining an average of 34.50 in his best IPL season in 2014. That season is now seen as a one-off with Maxwell’s overall IPL record – an average of 22.13 and a strike-rate of 154.67.  Though his strike-rate reflects how aggressive he has been, his average also serves as an evidence of his inconsistency.

Yet, very interestingly, teams have never really given up on Maxwell. They’ve kept their trust in his ability, something we witness in IPL auctions. After being released by Punjab Kings (PBKS) following a lacklustre season, Maxwell bagged a hefty contract with Royal Challengers Bangalore (RCB), who bought him for INR 14.25 crores at the recent IPL 2021 auction in Chennai.

It could be because, in recent years, Maxwell has found a middle ground with his performances for Australia, retaining a level of consistency without compromising on his potency as a boundary-hitter. Or probably down to, as mentioned above, those inherent qualities that keep teams interested in him.

At his best, Maxwell is an absolute destroyer of bowling attacks, field placements, and their plans. He can make a telling impact in T20 cricket with his explosive avatar, whether it is in the powerplay, in the middle-overs or at the death.

Each team and set-up, when they bid for Maxwell at an IPL auction, think along those lines and feel that they can make him work at a particular spot in their line-up. However, they have tended to realise that their ‘Project Glenn Maxwell’ doesn’t always bear the expected results.

Also Read: Who will be the 4 overseas players in RCB Playing XI for IPL 2021?

But with RCB still placing their bets on Maxwell, let’s explore how exactly the franchise can get the best out of their latest Australian recruit.

Glenn Maxwell in action for Punjab Kings (PBKS) in IPL 2020

What would be Glenn Maxwell’s best batting position at RCB in IPL 2021?

With a limit of at least 10 innings in one position, Maxwell has batted most frequently in his IPL career at Nos 3, 4 and 5. At No.3, his 14 innings have seen him score 442 runs at a strike-rate of 192.2, while averaging 31.6. At Nos 4 & 5, while Maxwell still remains explosive with strike-rates of 149.5 and 146.7 at the positions respectively, his consistency drops significantly as he averages 21.7 and 22.3 per innings in either position.

Interestingly, as an opener, Maxwell has batted five innings with an average of 12.8 and strike-rate of just 120.8, and as a No.6 across six innings, his average is only 6.4 while the strike-rate just 84.2.

Also Read: 3 Royal Challengers Bangalore (RCB) players who might not get enough matches in IPL 2021

Even though he hasn’t batted enough in the role of an aggressor at the top or in the lower-order, the record is quite suggestive of where Maxwell remains the best fit: it’s in the middle-order and specifically as a No.3, which is a good news for RCB who can place him in the order between Virat Kohli and AB de Villiers.

Kohli, the team’s captain, confirmed recently that with an eye towards the T20 World Cup for India as an opener, he will be starting off the innings for RCB in IPL 2021 too. In a recent study, we found out that Kohli’s best position as a T20 batsman is indeed at the top.

So it would make perfect sense for Maxwell to be slotted at No.3 in the order, where he can best feed off the pressure created on the bowlers by Kohli and De Villiers at the other end. De Villiers, especially, will take a lot of the load off Maxwell’s shoulder, as he won’t have the pressure of doing it all in the middle-order singlehandedly.

If RCB do give Maxwell the No.3 slot, they have a pretty high chance of making ‘Project Glenn Maxwell’ the success it should always have been.

IPL 2021: What would be Glenn Maxwell's best batting position at RCB?