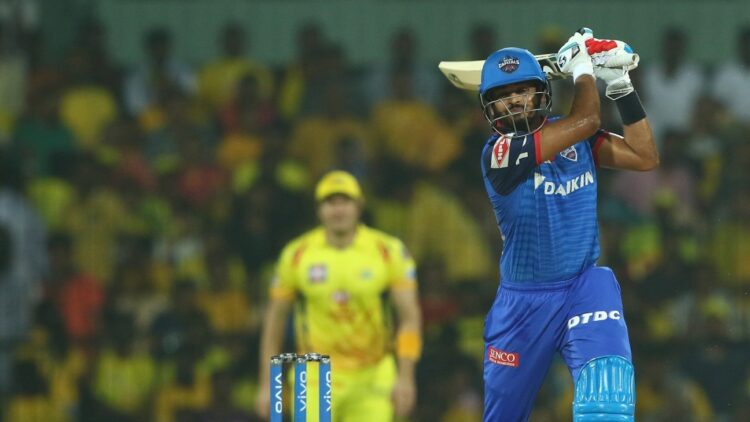 In a major setback for Delhi Capitals (DC), their first-choice captain Shreyas Iyer is likely to be ruled out of the forthcoming Indian Premier League (IPL) 2021.

Iyer, who injured his shoulder while diving in the field at the start of the ODI series versus England, will be undergoing surgery for the same. The right-hand batsman will, therefore, be in no position to play for DC in IPL 2021.

Much has been made about Iyer’s approach and range as a batsman in T20 cricket but there is little doubt that the Mumbaikar has been an able leader and middle-order stalwart for DC since taking over the captaincy from Gautam Gambhir back in 2018.

The Delhi franchise has enjoyed an upward curve in their results under Iyer’s captaincy reign. After seven unsuccessful attempts straight to sneak past the league stage, DC made it through to the playoffs in IPL 2019 and even reached the tournament final in IPL 2020, their best-ever finish in an IPL.

Iyer contributed 519 runs at an average of 34.60 and strike-rate of 123.27 in his team’s most successful IPL campaign till date. But with him set to miss the whole IPL 2021, the DC think-tank now has the onus to identify his ideal replacement. Not just as a captain but also as a middle-order player.

Having previously explored who could be Iyer’s potential captaincy replacement, today we’ll analyse who could bat in his place and how the DC top 4 could be like for IPL 2021.

While DC will feel disappointed over Iyer’s absence, the team would also be relieved that they won’t have to make too much of a shuffle in their batting order even as he isn’t around. They have a well-settled opening pair formed by Prithvi Shaw, who has regained his best form, and an improving T20 batsman in Shikhar Dhawan.

In the last season, DC did tweak their opening combination towards the business end by promoting Marcus Stoinis up the order when Shaw looked woefully out of touch. However, with the young Indian opener showing excellent form in the recent Vijay Hazare Trophy, DC are expected to go back to Shaw and Dhawan as their first-choice opening combo.

DC also have the likes of Rishabh Pant, Shimron Hetmyer, Sam Billings, Stoinis and Axar Patel to take care of most of their middle-order.

Iyer’s best position in the DC batting order has always been No.3, where he could take his time, bat deep, play anchor from an end and allow his team to maximise their 20 overs. But with him gone, the focus will be on other candidates within the squad to perform his role. And there are two front-runners among whom one could be replacing Iyer at No.3: Ajinkya Rahane and Steve Smith.

Both Rahane and Smith, who played for Rajasthan Royals (RR) then, had a less than ideal campaign with the bat in IPL 2020. Rahane, especially, had poor numbers at the end of the tournament, with only 113 runs at a strike-rate of 105.60 from 9 outings. Smith managed slightly better, scoring 311 runs from 14 matches at a strike-rate 131.22.

Interestingly, though, Rahane retained his place in the DC squad but Smith couldn’t within the RR set-up. While DC looked to keep more top-order options up their sleeves in not releasing Rahane, RR admitted finally that Smith perhaps doesn’t fit into their four best overseas personnel by letting him go.

In their overall IPL career thus far, Smith has come across as a batsman more capable of maintaining a decent average without compromising much on his strike-rate. The Australian, though just like Rahane, an anchor in the batting unit, averages 35.34 with a strike-rate of 129.25 from 95 IPL matches. Rahane, on other hand, has played 149 IPL matches with an average of 31.71 and strike-rate of 121.38.

That would suggest Smith is a more robust option to replace Iyer at No.3. DC could also get the best out of him by playing more aggressors in the batting unit.

There is a case to be made, however, to still pick Rahane at No.3, just to be able to play Shimron Hetmyer instead of Smith and attack the opposition in the powerplay as well as the middle-overs. Last year, Hetmyer couldn’t make the team once Rishabh Pant, DC’s first-choice wicketkeeper batsman got injured, as the team had no back-up Indian gloveman and had to go with Alex Carey. But now, with Vishnu Vinod and Sam Billings providing wicketkeeping cover in both the Indian and overseas categories, DC can happily play Hetmyer each game.

At his best, Hetmyer can absolutely destroy opposition bowling attacks in T20 cricket. He should be one of the sure starts in DC’s team among overseas personnel, alongside Stoinis and the pace duo of Kagiso Rabada and Anrich Nortje.

With Hetmyer at 4, Pant at 5, Stoinis at 6, and Axar providing the spin all-rounder at No.7, DC’s middle-order looks stronger than it would if say Hetmyer was missing and Smith plays instead. Even if it’s at the risk of Rahane at No.3, DC shouldn’t hesitate playing their best overall batting unit in IPL 2021.