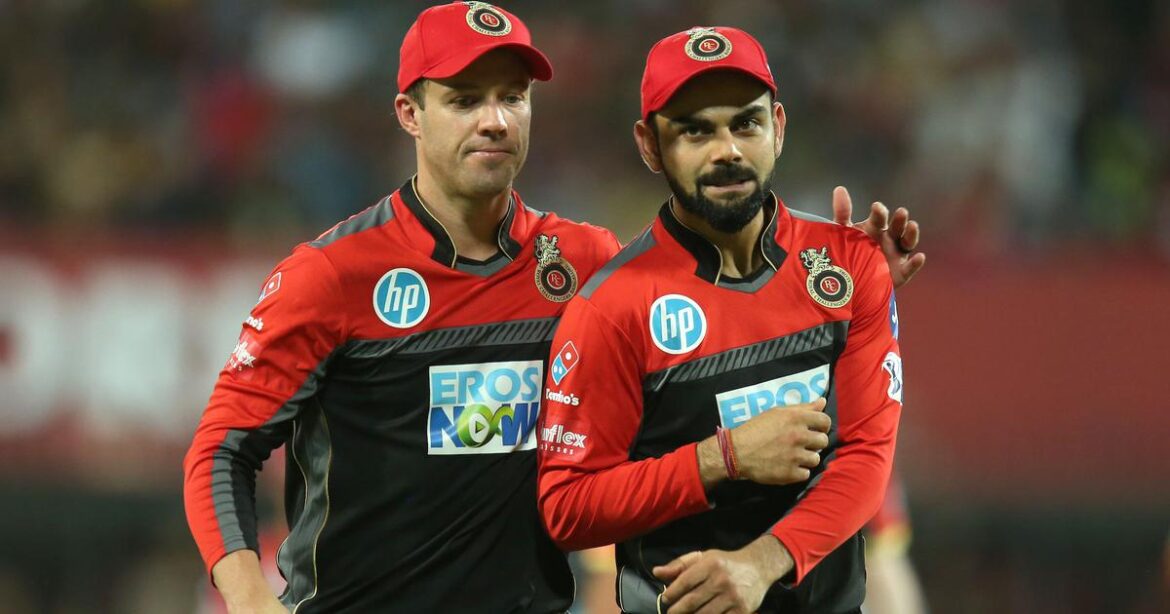 IPL 2021:AB de Villiers challenges Virat Kohli for a race; Royal Challengers Bangalore’s (RCB) AB de Villiers on Monday said that he is “all packed” to join the franchise for the upcoming edition of the Indian Premier League (IPL).

“All packed to join the @royalchallengersbangalore team for the IPL,” de Villiers wrote on Instagram.

Before joining the RCB camp for IPL 2021, Virat Kohli and AB de Villiers were involved in an interesting conversation on Twitter. The conversation ended with de Villiers throwing a challenge at Kohli. It all began when Kohli took to the social media platform to post a video of his training.

The RCB skipper stated that he cannot afford any rest days, writing, “No rest days. From here on its all about speed #IPL”

De Villiers was quick to reply to Kohli’s tweet. The former South Africa skipper said that he loved Kohli’s form. The batting superstar also posted a photo of himself with the luggage as he was all set to join the RCB team.

Loving the form @imVkohli .. I’m all packed to join the team pic.twitter.com/6rBIV3T3EH

This is when De Villiers threw the challenge at Kohli. The veteran batsman asked his RCB skipper to race with him to find out whether he is still fast or not as he wrote: “Let’s race tomorrow to find out”

Let’s race tomorrow to find out

RCB skipper Virat Kohli has already begun his preparation for the cash-rich league. Earlier in the day, he shared a glimpse from his workout routine. “No rest days. From here on its all about speed #IPL,” Kohli tweeted.RCB is set to play the IPL 2021 opening match against 5-time IPL winners Mumbai Indians on April 9 in Chennai.