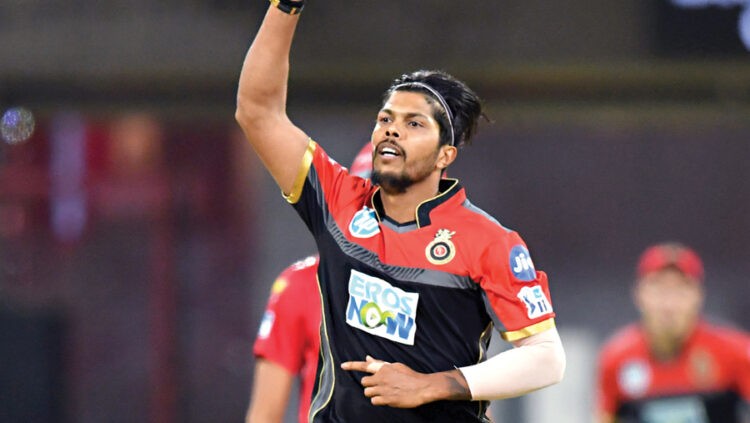 Senior pacer Umesh Yadav is focused on the upcoming edition of the Indian Premier League (IPL) in order to make a comeback to India’s white-ball set-up. The speedster was roped in by the Delhi Capitals at the auction for his base price of Rs. 1 crore, after being released by the Royal Challengers Bangalore.

Umesh Yadav last represented India in limited-overs cricket in February 2019 in a T20I match against Australia; his previous appearance in an ODI came in October 2018. His exclusion from India’s white-ball team has been a large effect of loss of form in the IPL – 8 wickets in 11 matches in 2019, and combined figures of 0/83 in a couple of outings last season – as well as the emergence of other bowlers in the shorter formats.

Now Umesh Yadav, declared fit after a strained calf muscle in the Melbourne Test, returns to his first IPL franchise, the Delhi Capitals (formerly Daredevils) for the 14th edition of the tournament. With 3 World Cups in 3 years, the Vidarbha seamer looks to make a return to the limited-overs team through the IPL once again.

“I think it depends on my performance. If I do well in the IPL this year, I may be considered for the [white-ball] national side again. I feel the IPL will be really important for me if I have to play white-ball for India again, and so I am not looking too far ahead at the moment,” Umesh Yadav told ESPNcricinfo.

“You will be noticed only if you do well in it, after which it will be decided whether you fit in the World Cup side or not. So my only goal now is to do well in the IPL. You also need to do better than the current crop of fast bowlers in the national side if you have to enter the limited-overs teams,” he added.

Need to maintain control along with variations: Umesh Yadav

The 33-year-old opines that while variations, such as the slower balls, cutters and knuckleballs, are effective in white-ball cricket, however, a pacer must need to have control over his line and lengths as well. Yadav says that he is adapting well to the variations, but will also maintain control over his deliveries.

“You can bowl cutters and knuckleballs in limited-overs cricket these days, but I believe that along with them, you also need to maintain control – the more control you have, the better your bowling becomes. So I will keep trying to bowl these variations without losing control – on which I will have to keep working. Both of these aspects are essential,” Umesh Yadav stated.

Also Read: 8 Groundsmen At The Wankhede Tested Positive For COVID-19 Just A Week Before The IPL Begins