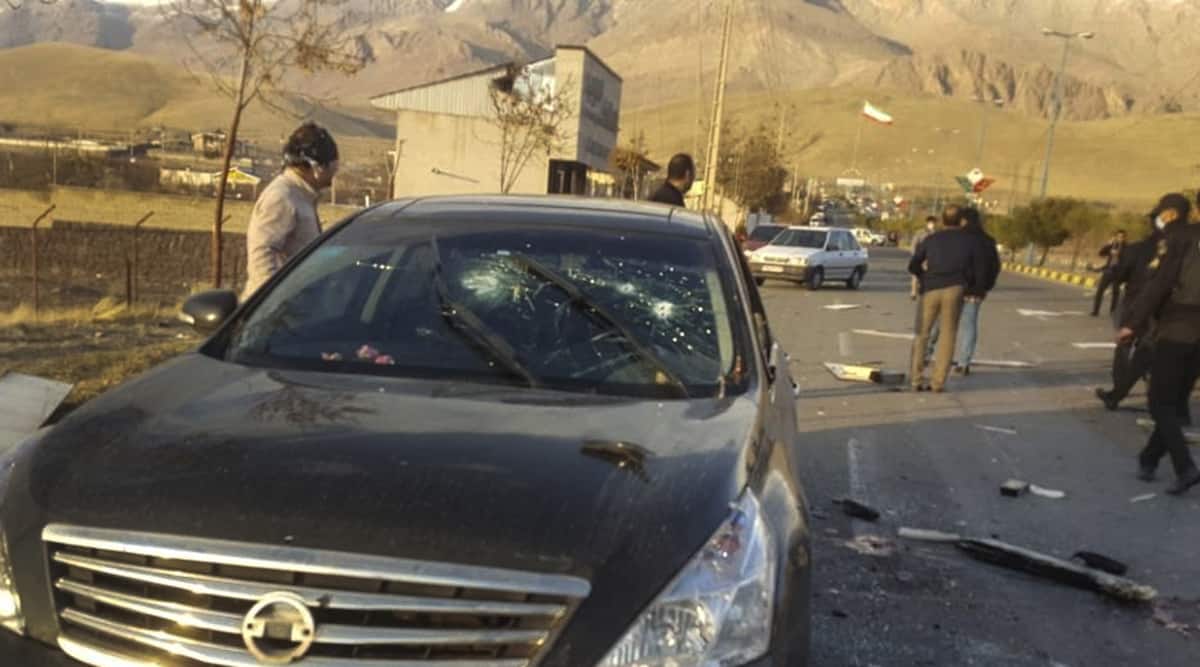 This photo released by the semi-official Fars News Agency shows the scene where Mohsen Fakhrizadeh was killed in Absard, a small city just east of the capital, Tehran, Iran, Friday, Nov. 27, 2020.

Iran said there are “serious indications of Israeli responsibility” in the assassination of an Iranian scientist and it reserves the right to defend itself, the country wrote in a letter to U.N. Secretary-General Antonio Guterres and the U.N. Security Council on Friday.

“Warning against any adventuristic measures by the United States and Israel against my country, particularly during the remaining period of the current administration of the United States in office, the Islamic Republic of Iran reserves its rights to take all necessary measures to defend its people and secure its interests,” Iran’s U.N. envoy, Majid Takht Ravanchi, wrote in the letter, which was seen by Reuters.