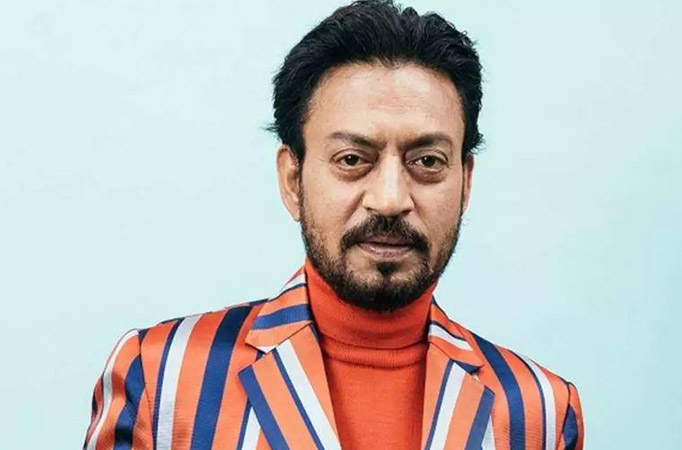 MUMBAI: Irfan Khan has played one of the most versatile roles in his film career, his ability to assume new personae with every film are by now legendary. Just last year he was in sterling form in three films Qissa, Piku and Tevar. Here’s looking at some of the most memorable roles of Irrfan since his debut with a  cameo in Mira Nair’s Salaam Bombay in 1988.

1. Warrior (2000): PlayingLafcadia in Asif(Amy) Kapadia’s film about a warrior in Rajasthan who tries to give up a life of violence,Irrfan was enigmatic lethal and potent. He had no reference points for the character. Irrfan created his own inner world for Lafcadio. Fascinating to see the actor at work in his early film.

2. Haasil (2003): Playing a student leader Ranvijay Singh in a rowdy violent college in Uttar PradeshIrrfan just wouldn’t allow us to take our eyes off the character whenever he was on screen.  The association with director Tigmanshu Dhulia began here, and it was quite simply an eye-opener.

4. The Namesake (2007): 2004-2006 was a sterile season for Irrfan. No dearth of varied characters but terrible films…until he bounced back with a brilliant bravura performance in Mira Nair’s richly tapestried look at at NRI couple in The Namesake. Irrfan quite simply and fluently brought aliveJhumpa Lahiri’s, Ashoke Ganguly. His pairing with Tabu gave us one of the most enduringly memorable screen pairs of modern times.

5. Mumbai Meri Jaan (2008): As a hoax-bomb caller Thomas, Irrfan was a disturbing blend of the comic and pathetic in this Nishikant Kamat-directed look at the aftermath of the 11/7 train bombing. The film showed how Irrfan could hijack a sense of satire into the most tragic of events.

6. 7 Khoon Maaf (2011): Irrfan’s most romantic role to date. Playing the Kashmiri poet Wasi-ullahKhan Irrfan had a ball reciting Gulzar’s poetry. But here was a twist, a twisted twist to the tale. Wasiullah was a wife-beater by night. But sshhh, whether making love or slapping Priyanka Chopra,Irrfan was in his element.

7. Paan Singh Tomar (2011): Playing the outlawed athlete Paan Singh Tomar, Irrfan gave what post-Irrfan-o-philes feel to be his best performance to date. The nuances that he brought to the performance, the graph that he created for the character from national pride to personal shame was exemplary in every sense. One of the most vividly etched biographical characters in the history of Indian cinema.

8. The Lunchbox (2013): Playing the lonely widower Saajan Fernandes, Irrfan brought to the table, the lunch table to be precise, a kind of tenderness and sadness that made its way from his eyes to our soul. As far as lonely loveless characters go this one takes the ‘ache’.

9. Qissa (2013): A Sikh Punjabi Sardarji Umber Singh whose obsession for a male heir makes him believe his last-born daughter to be a son. Irrfan made his character’s psychological disorder symptomatic of the troubled times during the Partition when nations were divided and humanity lost its power to tell right from wrong.

10. Piku (2015): Irrfan’s Rana Choudhary was a character trapped between an over-demanding father and a harassed daughter. How ably Irrfan stood his ground! Balancing out the excessive bile of the Bachchan and Padukone characters with doses of gentle humour and wry irony. Only the greatest of actors can do what Irrfan did. Take a bow, Irrfan. The most talented Khan in Bollywood

Well, Bollywood has surely lost its most precious gemstone in Irfan Khan, but he will always remain in the hearts of his fans.

Also read: Anagha Bhosale on Samar-Nandini’s track in Anupamaa: Our story will get more interesting and fun to watch for the viewers