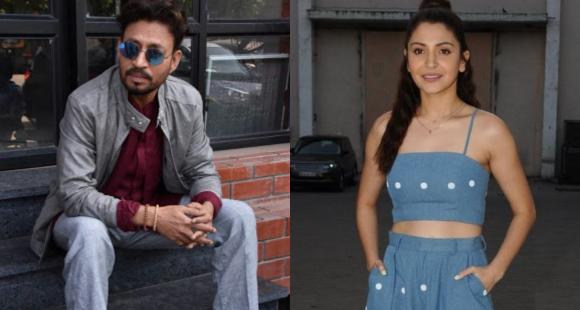 Irrfan Khan left a deep void in the Hindi film industry when he passed away last year in April. While all of Bollywood was in shock, Irrfan”s demise was mourned by his Hollywood co-stars as well as millions of fans. Today, on his 54th birth anniversary, Bollywood actors took to social media to remember the legendary actor and his equally legendary work.

One of them is mom-to-be Anushka Sharma who shared a photo of the actor and penned a sweet note. Anushka wrote, “A legendary figure of the industry! You will always be missed and your legacy will live on forever,” the actress also added a purple heart emoji with her caption.

Ayushmann Khurrana also shared a black and white photo of Irrfan and fondly wrote, “You’ll always be remembered.” As for Vicky Kaushal, the actor simply shared a super sweet photo of Irrfan smiling. Check out Anushka, Vicky and Ayushmann’s rememberance posts for Irrfan on his birth anniversary: While celebs reminisced Irrfan, the sweetest post came from his son Babil Khan who took to social media to share a video of his late father, his mother and brother Ayaan. Babil recalled how Irrfan would never encourage him to remember his birthday because every day was a celebration.

Babil wrote, “You never identified with institutions such as contractual marriage and birthday celebrations. Perhaps, that is why I don’t remember anyone’s birthdays because you never remembered mine and never encouraged me to remember yours. It was just normal to us what seemed absurd from the outside, we celebrated everyday (bringing personal experiential authenticity to the cliche).” Click the link below to check out Babil’s heartfelt note for Irrfan.

ALSO READ: Babil recalls how his late father encouraged him to never remember his birthday