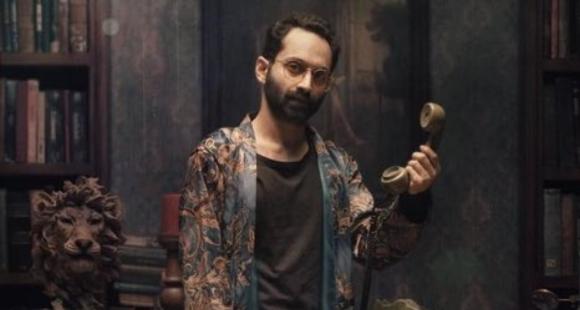 Fahadh Faasil, Soubin Shahir and Darshana Rajendran starrer Malayalam film Irul has released today, April 2, on Netflix. The film is helmed by Naseef Yusuf Izuddin and it marks his directorial debut. Irul is a mystery crime thriller featuring three protagonists, who are on a mission. It is the only Malayalam film that has released directly on OTT while others have hit the big screen. Well, Irul is out for the audience and the film is getting mixed response from the audience on Twitter.

One of the Twitter users wrote, “Techically its brilliant. Superb sound effects, Color tone & Visuals. Gud perf from FaFa, Soubhin & Darshana. Tat Minor twist is interesting. Story offers no suspense, so Thrill factor is missing. It just flows like a plain Drama. DISAPPOINTMENT!.” Sound effects, visuals and technically, the movie has managed to stay top-notch. Are you planning to watch Irul today? Check out what moviegoers have to say about the film.

#Irul an okayish thriller with solid making and performances. The third act (and a couple of well-written scenes) makes up for the lack of tension in the rest of the film. Like they say in TN, one time paakalaam.

Unlike other thriller movies, only 3 characters and the mystery is building up through their conversation. No typical chasing or killing scenes.

Fahadh is the perfect choice for this role and his acting

Sound and cinematography is brilliant
Fafa and dharshana performance is Good
other wise a decent watchable thriller
Could have been much better  pic.twitter.com/ig1xMPHtsg

#Irul streaming in @NetflixIndia is an perfect edge of the seat thriller, makes you panic oscillate & most importantly feel RESTLESS.
Flawless performances, pitch perfect cinematography & onpoint editing makes it a SURE SHOT!

Irul (2021). An uninspired film, with a screenplay that may suit more for a stage play, which tries too hard to be an edge of the seat affair & ends with a tepid conclusion. Its technical finesse, some intriguing mood building in the first hour, a terrific Fahadh Faasil…(1/n) pic.twitter.com/LQdl8Jj2aM

Oru tries too hard to be a seat edge thriller but ends up half cooked.

Technically brilliant with score and lighting stands out#FahadhFaasil & #DarshanaRajendran is brilliant. Soubin is a huge miscast

#Irul — A Watchable Thriller with Very Good Performances…
Sounding , Cinematography  are at its best
“WOW” Factor is Missing in Writting
Could have been much better… #SoubinShahir #FaFa

#Irul – Stellar performance by Fahad ,Soubin and Darshana gives you thrills and chills.

There’s a 6 minute shot which was very well made. Especially the camera work.

So many strong points to be discussed but I let you guys watch first.

#irul . Well made thriller with little surprises and keeps us guessing till the end  #FahadhFaasil what an actor he is. Bgm & cinematography are top notch  negative: dialogues , soubin and predictable ending.  final word : perfect OTT material

Soubin Shahir plays the role of Alex Parayil, a budding novelist, while Darshana Rajendran plays his girlfriend in the film. Fahadh Faasil is a stranger they meet at the crucial stage of the story. The screenplay and dialogues are penned by the director and is jointly produced by Anto Joseph Film Company and Plan J Studios.

The major part of Irul has been shot indoors in straight 30 days and was shot adhering to the COVID-19 safety protocols.