Is ’90 Day Fiance’ Star Jenny Still in India With Sumit? Get an Update 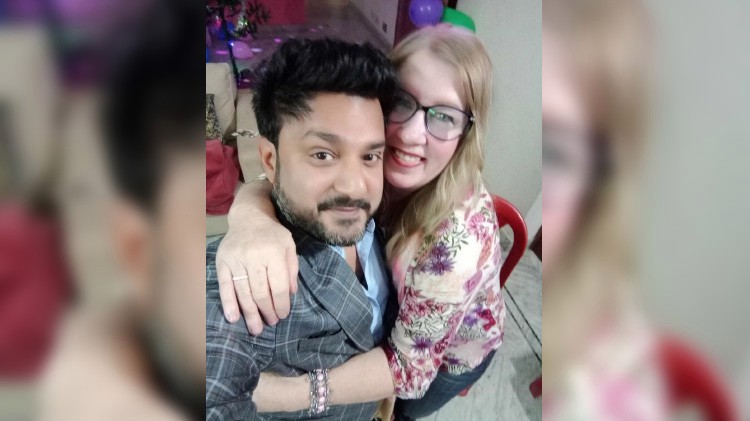 Where is Jenny Slatten from 90 Day Fiancé? She’s been splitting her time between America and boyfriend Sumit Singh‘s native country of India over the last few years, and it seems the couple has been making the most of her extended stay in India amid the coronavirus pandemic. Keep scrolling for an update on the 90 Day Fiancé: The Other Way couple and find out where Jenny is living now — India or America!

Jenny Had to Return to America in 2019

The Palm Springs, California native made her TLC debut on season 1 of 90 Day Fiancé: The Other Way. She revealed and her online boyfriend, Sumit, had been romantically involved since 2011. Jenny first traveled to India was in 2013, where she met Sumit in person for the first time and stayed with his family for several weeks. That first trip would later be revealed as the root of major drama between Jenny and Sumit’s parents.

Sumit’s mom, Sahna, and dad, Anil, did not approve of his relationship with Jenny so after she returned to the states, they set up an arranged marriage for Sumit. He tied the knot with his first wife but never told Jenny. The couple continued their online relationship even though Jenny did not know Sumit was a married man.

In 2019, Jenny documented her second trip to India as she moved from the United States to be with Sumit on the 90 Day Fiancé spinoff. During a super dramatic moment that was captured on the series, Jenny found out Sumit was married when she was confronted by his wife, his in-laws and his family at their apartment. Sumit made it clear that he wanted to leave his wife to be with Jenny and eventually, his wife agreed to their divorce.

Since Jenny was only in India on a travel visa, she needed to legally marry Sumit in order to be allowed to remain in the country. Sumit promised he would do everything he can to begin the divorce process as soon as possible. In October 2019, Jenny was spotted in America where she was living with her daughter Tina while she waited for the divorce to be finalized.

Jenny Moved Back to India in Early 2020

But they still faced obstacles that kept them from making it down the aisle. While Sumit’s parents gave him their blessing to divorce his first wife, they did not give him their blessing to marry Jenny. Sahna and Anil did not approve of his relationship with Jenny because of the couple’s 30-year age gap. They also said they didn’t like Jenny because she allegedly lied about the true nature of her romantic relationship with their son during their first meeting in 2013 — which Jenny and Sumit have both denied.

During a heated exchange with Anil and Sahna at his shared apartment with Jenny, Sumit asked them if they would give them their blessing to get engaged. Anil and Sahna refused and Sahna even threatened to kill herself if they went through with their wedding against her wishes. After Sahna threatened suicide, Sumit was able to come to a “50/50” compromise with his parents: if he agreed not to marry Jenny, then they would be allowed to stay together as partners in a cohabitating relationship.

At the time, Jenny’s visa was set to expire in three weeks. But since the coronavirus had already reached India, they were able to file for an extension on Jenny’s visa so she could be legally allowed to stay in the country.

Is Jenny Still in India Now or Did She Go Back to America?

In January 2021, the couple shared an update on their relationship on the discovery+ spinoff, 90 Day Bares All. At the time, Jenny and Sumit had been living together in India for a year.

“When the pandemic hit, they shut the borders, then no flights in, no flights out. So I just apply for an extension every month. So that’s the way I’ve been doing it, every month, new extension,” Jenny explained while sharing an update on her visa status. “My visa can expire and if they don’t want to extend it, that’s when I’m probably going to have to leave the country.”

The couple had not made plans yet to marry because Sumit’s parents still disapproved of their marriage, but Jenny made it clear she would not be satisfied with just being Sumit’s partner and hoped they would be able to marry in the near future.

Despite the drama, it seems they are still together and are still going strong. On March 28, Sumit took to Instagram to share a sweet selfie with Jenny as the couple celebrated Holi together — which is a traditional Hindu holiday that honors the arrival of spring, love, and new life, a.k.a. “the festival of colors.”

“Wishing you and your family all the success and prosperity this Holi! May God grant you peace of mind and good health,” Sumit captioned a photo of him and Jenny covered in colorful paint. “Happy Holi! May the year ahead be prosperous and happy and every day is as colourful as Holi.”