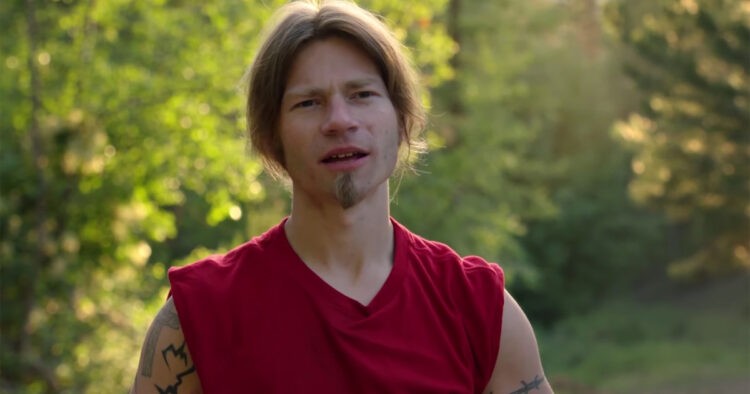 Bear Brown announced he is leaving his family’s hit reality show, Alaskan Bush People, after 12 seasons, but luckily, it was an April Fools’ Day prank.

“Due to recent events and things I can’t discuss on social media, it’s with a heavy heart I’ve decided to no longer continue filming for Alaskan Bush People!” the Discovery Channel alum, 33, wrote in his first Instagram caption on Thursday, April 1. “It’s been a wild ride! God bless everyone!”

Fans were devastated to hear the news about his departure, but some pointed out the possibility that was likely an April Fools’ joke. “Omg I hope you’re right and he just got us good!!” one commented. “Wait whaaat? You were one of my favorite ones besides Matt, we are gonna miss [you] so much,” another social media user chimed in.

Much to the delight of his followers, Bear later confirmed he’s staying on the series and was just joking about his exit, writing, “Gotcha!!!! That was an April Fools’ joke in bad taste!!! My apologies! I’m definitely not leaving the show I plan on filming until I’m an old man!!! It’s been rough for sure! But the show is one thing in my life that is definitely good! I was gonna wait until tomorrow to say anything, but it got too much attention!!!”

Discovery Channel has yet to formally announce if the show will return for season 13, however, Bear hinted more episodes were filmed in February 2021. “Be sure to check out the new season of Alaskan Bush People and all your questions will be answered!!!!” he wrote at the time. Bear has been on the show since it premiered in 2014.

The reality star, who shares 12-month-old son River with Raiven Adams, has been taking time to grieve after his late dad, Billy Brown’s death. Bear honored Billy, who died at age 68, with a sentimental tribute and throwback portrait also featuring his brother Gabriel Brown on Tuesday, March 30.

“Da passed away over a month ago and it still feels like yesterday! I miss him so much! I found this old picture and wanted to post it! I can honestly say, my dad never let me down, not once! I love and miss him! On this day we had just hooked up a telescope! And we were looking at the moon!!! It was a very good day!” it read. Prior to that, he posted a selfie and the message, “Tonight my heart breaks.”

Bear gushed over his supportive family unit earlier this month alongside a snap of him, Raiven and their son. “I love these two SO much, I don’t know what I’d do without them!!!” the TV personality wrote. “It’s helped me a lot to have Raiven by my side in this [difficult] time! And River’s priceless smiles always melt my heart! Much love!”

Raiven and Bear had no shortage of struggles throughout their relationship, so fans are keeping their fingers crossed that they are still going strong amid his latest social media posts. Last month, the dad of one told fans that he would be a married man “very soon” following their reconciliation.

Not only did they celebrate River’s birthday together with a sweet photo shoot but Bear also showed love to his own father in a loving message on March 9.

“Today is my boy’s first birthday!!!” he gushed. “I’ve also taken to calling him Little Billy, in honor of Da, I know without a doubt, my dad would be proud of me! I will try my hardest to be as good as a dad as he was!”