Home EntertainmentTV Is Bollywood actor Kartik Aryan the next Akshay Kumar? Read to know HOW…

Is Bollywood actor Kartik Aryan the next Akshay Kumar? Read to know HOW… 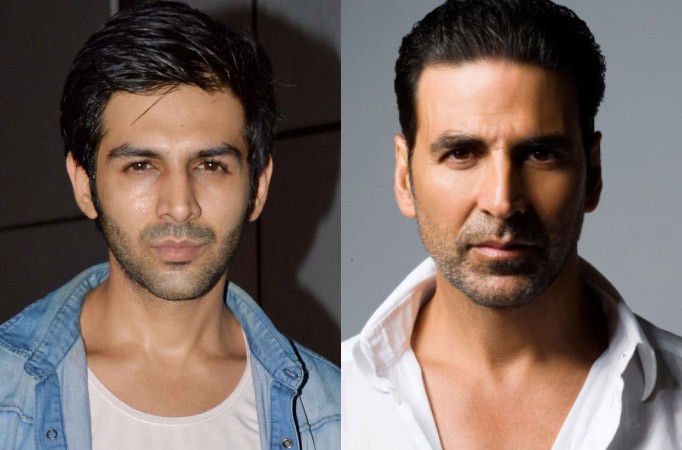 MUMBAI: There is an uncanny resemblance between Akshay Kumar and  Kartik Aryan’s personalities and career.

On speaking to Kartik, qualities like the same lack of artifice and pretence, the same hunger to excel, a simplicity of approach to life’s complexities, a refusal to speak ill of anyone and an enthusiasm and an awe at the  rapid progress from an outsider to an insider in Bollywood are noticed.

Here’s looking at the similarities that have been observed amid the two superstars who made it to stardom without godfathers:

Both  are health-conscious North Indian dreamers who travelled to Mumbai with the dream of becoming superstars. Rajeev Bhatia changed his name to Akshay  Kumar. Kartik Tiwari became Kartik Aryan. That’s how their journey began. Both have a unassuming populist personality that is an appealing mix of the earthy and the sophisticated. Fans, especially the ladies, connect easily.

Both are incorrigible ladies’ men. They love the  company of women and the women love  them back. The link-ups, break-ups, make-ups  and  shake-ups are  beguiling and  sobering, to say the  least.

Both Akshay and Kartik are fiercely devoted to their families.When Akshay’s father was alive his parents were the centre of his universe. Kartik’s parents who live with him  in Mumbai, are his mainstay. He doesn’t move an inch without their consent. Akshay dotes on his only sister Alka and would do anything for her. Likewise, Kartik for whom his sister Kritika is the  world. I’ve seen the same love in both for their siblings.

A similar hunger to excel and entertain. Favourite genre of acting being comedy for both. Like Akshay, Kartik is now inching towards more serious dramatic roles. Like Akshay, Kartik wants to graduate from Anees Bazmi and Priyadarshan to Sanjay Leela Bhansali and Deepa Mehta. I remember how excited Akshay was when he was signed to play  the lead  in Water  in Deepa Mehta. That didn’t work out. I saw a similar excitement in Kartik when he was signed by Imtiaz Ali for Love Aaj Kal. Neither Akshay or Kartik will give up the quest to keep moving ahead.

Finally they are both in Bhool Bhulaiya. Akshay slayed the horror-comedy genre in  the first Bhool Bhulaiya film in 2007. Now Anees Bazmi tells me Kartik is a revelation in Bhool Bhulaiya 2. “You mark my words. He will make a whole new generation of fans with this film.”,  prophesies Anees. No arguments on that…