Home Business Is India heading towards a wheat glut?

Is India heading towards a wheat glut? 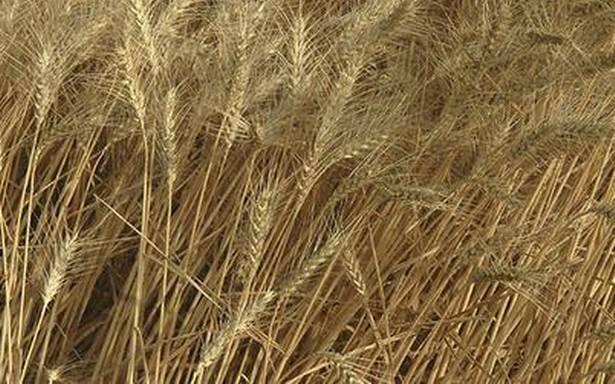 After a period of routine and dull trading, the global wheat market has turned interesting, thanks to a combination of factors including weather (La Nina), massive liquidity infusion, currency (weak $) and flow of speculative funds. Global developments are feeding into the Indian wheat market which is likely to make 2021 a year different from the recent past.

With the projected global wheat consumption (751 million tonnes) in 2020-21 set to trail production (765 mt) leading to higher carryover stocks (292 mt), the world wheat market is facing a small surplus. Despite this, a cut in corn (maize) production in the EU, Ukraine and the US following La Nina-induced weather issues has lifted wheat prices.

Higher rate for wheat in the world market has opened a small window of export opportunity for India because domestic rates have softened by over ₹100 a quintal in recent weeks. In some markets, wheat is trading at ₹1,650-1,750 a quintal, well below the minimum support price of ₹1,925.

About 300,000 tonnes have so far been contracted for export to neighbouring Bangladesh. Industry representatives are sanguine about the potential of 1 mt export, and if export is subsidised, even higher quantities. India’s record as a consistent wheat exporter is not a great one, though.

Prospects for the upcoming wheat harvest (2020-21) are bright. Record sown area and benign weather have combined to raise the prospects of harvest to well over 100 mt, possibly close to 105 mt. Of course, as it happens often, the government’s production estimate, due by end-February, may turn out to be even higher. This will be the third successive year of massive harvest in the country. As on January 1, acreage is estimated at 32.5 million hectares, higher than the 5-year average of 30.3 million ha. The eventual planted area may well touch 34 million ha — slightly higher than 33.6 million ha of 2020 crop.

While record acreage and possible record harvest is great news, there is a looming downside risk to prices that cannot be ignored. Clearly, our production is running ahead of consumption, and we are invariably out-priced in the export market, with the current situation of temporary export parity proving to be a rare exception. That brings us to another aspect – urgent need for a comprehensive review of grains production and management including a 10 per cent area shift from wheat to legumes in high input regions.

As harvest is just about 100 days away, storage constraints have to be addressed on a war-footing. Stocks have to be moved out of Punjab. The risk of a price collapse in States and regions where procurement infrastructure is weak is very real. Current weak prices (below MSP) provide an ominous portend to the shape of things to come. MSP for the upcoming harvest is fixed at ₹1,975 per quintal. Price collapse and inability to support can fan farmers’ ire, notwithstanding the ongoing protests.

The writer is a policy commentator and agri-business specialist. Views are personal