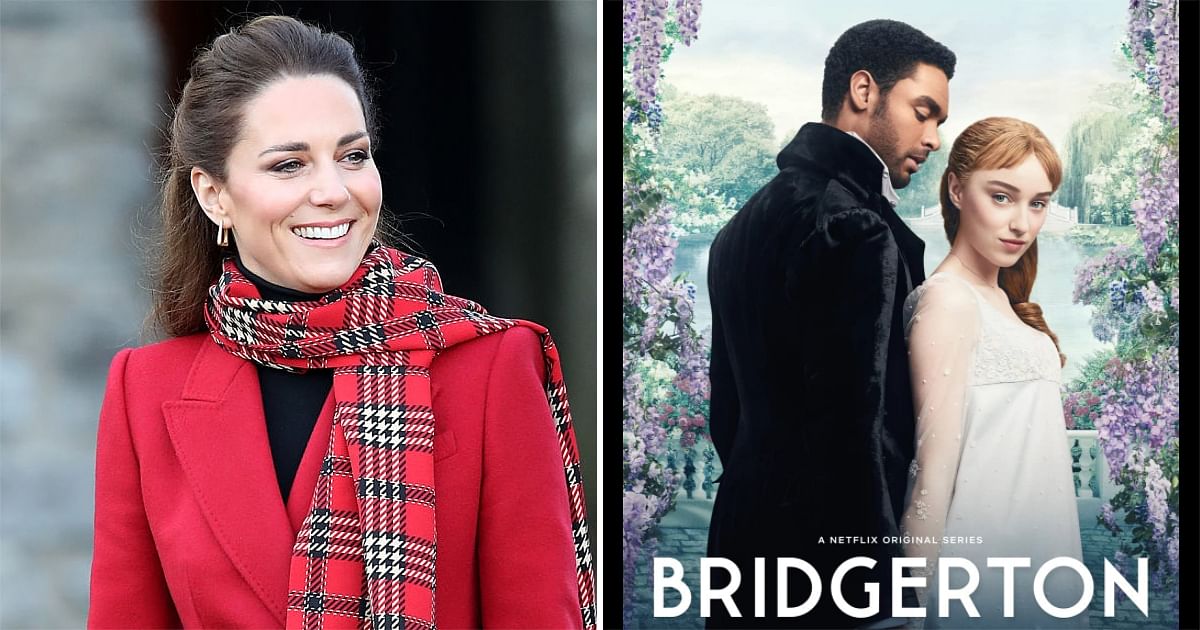 Bridgerton has been winning hearts all across the world. Most of us are loving the show and are eagerly waiting for season. But, before that can happen, let us tell you that Lady Whistledown may have actually captured the attention of a real-life future queen. Kate Middleton might be her most loyal reader.

The Duchess of Cambridge just gave a subtle hint that she might be as hooked on the series as the rest of us.

Kate Middleton was recently asked to write down who has been the greatest support to her during the pandemic in an interview about parenting. Without wasting a minute, she wrote her husband William’s name. The moderator then responded, “Lovely to hear… We don’t want it to be Bridgerton or something like that, do we?”

The fellow parents on the video call chuckled, and Kate Middleton cracked a smile before laughing at the reference. It indicated she’s at least familiar with the Bridgerton world (accurately described as Gossip Girl meets Jane Austen) and aware of the frenzy surrounding the salacious Netflix drama.

Fans were elated to know that Queen-to-be is a secret super fan of the regal show. If Kate does ship Daphne and the Duke, she wouldn’t be the only one.

On Jan. 27, Netflix announced that the Shonda Rhimes TV show Bridgerton is it’s most popular ever, with 82 million households tuning in so far. Perhaps no one is more thrilled than the author behind the books, Julia Quinn.

“It’s kind of funny,” she told E! News. “People saying, ‘How are you feeling?’ and I’m just like…every day something new and amazing happens, and I just am smiling so hard that I just break out into spontaneous laughter. It’s insane and wonderful.” Quinn speculated the Regency-era love story is being binged because it’s “this great escape” from the pandemic.

What do you think about Kate Middleton being a fan of this show? Share your thoughts in the comments section below.

Must Read: Gal Gadot Says #WeRemember As She Shares A Throwback Picture From US Holocaust Memorial Museum

Is Kate Middleton A Bridgerton Fan Just Like Us? We Have Proof!