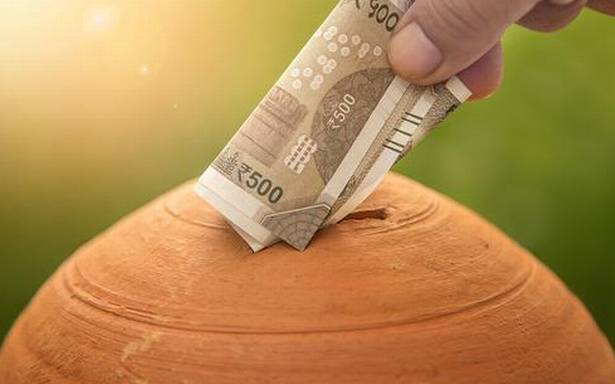 The relentless fall in India’s interest rates over the last six years has been hard on retirees and regular income seekers. For seniors, exploring special government schemes before bank deposits or debt mutual funds makes a lot of sense, as they offer superior returns with high safety. We take stock of the modified Pradhan Mantri Vaya Vandana Yojana (PMVVY) and stack it up against competing avenues.

PMVVY is a guaranteed pension scheme offered exclusively by the LIC. Open only to individuals who have completed 60 years, it promises regular pension payments at a monthly, quarterly, half yearly or yearly frequency in return for an upfront investment (called a purchase price).

While this is due for reset on April 1, it appears unlikely that it will be hiked, given the premium over market interest rates.

PMVVY sets minimum and maximum limits on your investment at ₹1.56 lakh and ₹15 lakh respectively. If you’ve invested in the earlier version of PMVVY, you won’t be allowed to invest more than ₹15 lakh in both versions put together. The scheme guarantees pension payouts for 10 years, with a return of principal at maturity. Should the investor die within 10 years, beneficiaries will get back principal. Premature exit with a 2 per cent penalty on principal is allowed in case of critical or terminal illness of self or spouse. Investors can avail of loans (up to 75 per cent of the investment). The scheme enjoys no tax benefits, except for GST exemption on principal.

To Immediate annuity plans: LIC and other insurers offer immediate annuity plans- where you can get a lifelong pension against a lump sum upfront investment. The PMVVY offers better pension rates than them. A 60-year old buying LIC’s Jeevan Akshay VII, for instance, will receive an annual pension of ₹71,210 under the return of purchase price option versus ₹76,600 under PMVVY. Under Jeevan Shanti, where he needs to defer his pension by a year, he would receive ₹54,900.

The PMVVY however does suffer from some negatives. The ₹15 lakh cap on total investments restricts your monthly pension to ₹9,250. PMVVY offers the same pension rate for all subscribers above 60. In other immediate annuity plans, pension rates rise substantially with age. Under Jeevan Akshay VII, a 70-year-old can take home 30 per cent more pension than a 60-year old with an identical purchase price.

To Senior Citizens Savings Scheme: The SCSS from India Post allows seniors above 60 to deposit upto ₹15 lakh with a guaranteed quarterly payout at 7.4 per cent per annum. Those above 55 who have taken VRS or have retired can park retirement proceeds in the scheme. Interest rates on SCSS are reset quarterly by the Government. The scheme carries a 5 year lock-in, with initial investments eligible for section 80C benefits. The interest is taxable. The scheme allows premature withdrawal but with a penalty.

When you are investing close to the bottom of a rate cycle like now, SCSS with a 5-year lock-in can help you secure better rates more quickly than PMVVY.

PMVVY is also constrained by the cap of 7.75 per cent on rates. SCSS’ facility to withdraw without any conditions attached is a big plus for seniors looking to take out money for emergency needs or to switch to better rates after one year.

The 80C benefit can help seniors meet their tax saving goals along with securing regular income.

SCSS does not offer a monthly pension option and does not facilitate loans. However, incomes from both SCSS and PMVVY are liable to tax at your slab rate.

To bank deposits: One-to-five year deposits with leading banks today offer rates of 5-5.5 per cent. Small finance banks offer 7-7.5 per cent. But PMVVY is safer than small finance banks as it is LIC and government-backed. You can also get predictable pension payouts for 10 years without worrying about rate moves.

In a rising rate scenario, parking in upto 1 year bank deposits can help you benefit quickly from higher rates.

But given the gap between the present PMVVY rate of 7.4 per cent and deposit rates of leading banks, it may be some time before deposit rates catch up.

Therefore decide between PMVVY and bank deposits based on the 10 year lock-in.

(This is a free article from the BusinessLine premium Portfolio segment. For more such content, please subscribe to The Hindu BusinessLine online.)