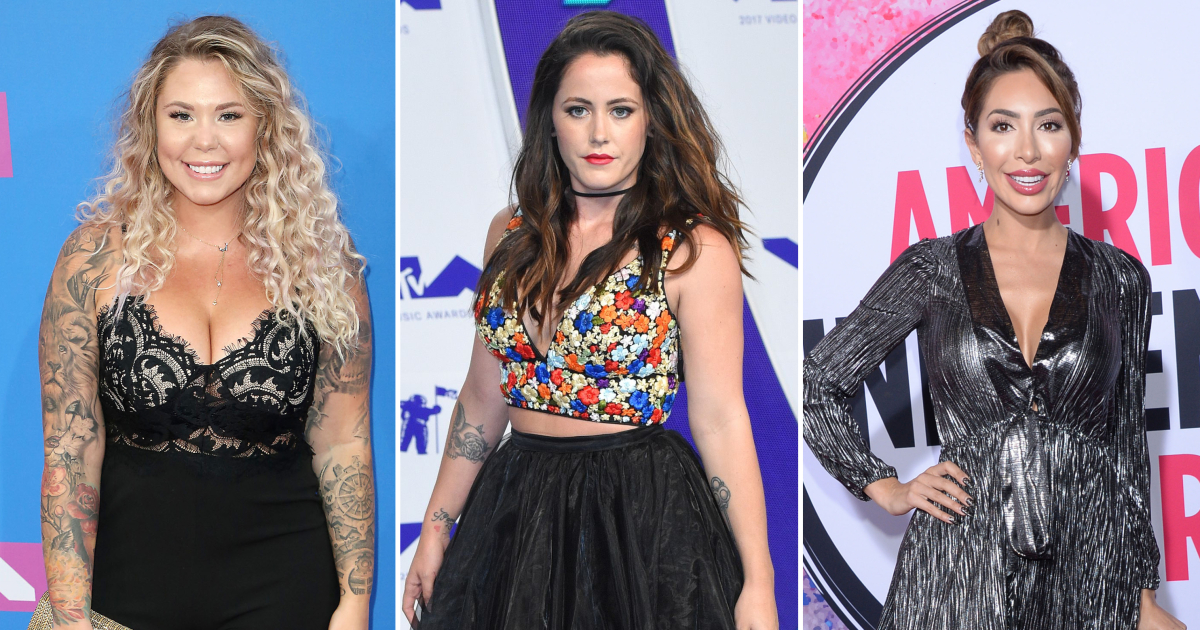 Are these reality shows the real deal? From the get-go, the producers of MTV‘s Teen Mom and its spinoffs (including the long-running Teen Mom 2) have been accused of editing scenes to fit their specific storylines — even if they have nothing to do with what’s really going on in the lives of Kailyn Lowry, Leah Messer and all of our other favorite 16 and Pregnant alums.

And it’s not just fans who have called out MTV. Even the stars of the show have slammed the network for their unfair portrayals. So, obviously, many are left wondering if the Teen Mom franchises are totally scripted. Well, the answer is, no, not really. But MTV has apparently fudged the truth more than once.

Most recently, newcomer Jade Cline slammed the show’s producers over her “negative” edit. “It seriously blows my mind how MTV only shows horrible, negative s–t on my story,” Kloie Kenna’s mom wrote via Twitter in December 2020. “I’m sick of all the bulls–t I’m getting from people saying I’m a bad mom. I do everything for my kid. You guys see five minutes of a bad day and assume that’s my life every single second. Dumb.”

After Farrah Abraham was fired from the show, she went off on the producers, alleging she “couldn’t take” being “villainized” anymore.

“I’m an amazing mother,” she told In Touch in 2018 at Elton John‘s AIDS Foundation Oscars Party, noting her future plans. “I look forward to doing scripted, and you know, the show is getting a little bit scripted in its own right, so I think it was just a natural change into film.”

She claimed, however, that there was no bad blood. “I think I left Teen Mom on a high note. It was its longest season, it’s doing amazing thanks to myself, and I really just want the best for all the other women on the show.”

Hmm! Keep scrolling to see what Chelsea Houska, Mackenzie Edwards, Javi Marroquin and more have said about the show being fake.