Home TechnologyGaming Is The Last Of Us Remake Worth $70? 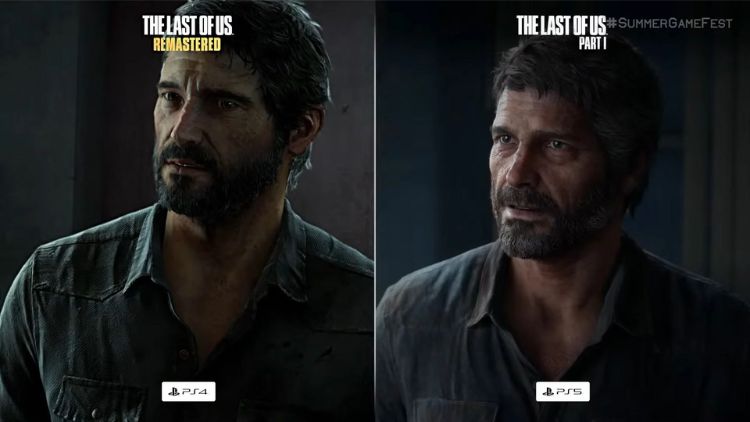 It may not have been a total surprise thanks to leaks more than a year ago. A remake of the 2013 masterpiece, The Last Of Us is officially coming to PS5 this September with a PC release to follow. The remake of Naughty Dog’s epic 2013 PS3 action horror game is visually a big step up from the remastered version released in 2014 for PS4. That’s because this remake isn’t just a simple upressed, slightly revamped port running on PS5.

This means it will not only look much better than any of the previous versions of this game but the gameplay will be slightly different too. But the big question is, is The Last Of Us Remake actually worth your 70 dollars?

New textures and animations are great but The Last Of Us Remake launches on September 2nd. A price tag of $70 for the basic version, $80 for Digital Deluxe versions and a $100 for the Firefly Edition has been met with some blowback by fans. Now if you’ve been paying attention to PlayStation this generation, it’s not totally shocking to see this game launch at this price since that’s very much in line with the launch price for nearly every first party PlayStation game on PS5. The Demon Souls Remake, Returnal, the PS5 version of Horizon Forbidden West are all $70. God Of War Ragnarok is going to be $70 when it launches eventually. $70 is here to stay for most PlayStation games whether we like it or not. But The Last Of Us launching at $70 feels a bit steep.

What is new in the Remake?

To be fair, what we’ve seen of this remake is a drastic visual overhaul of The Last Of Us. The brand new character models look awesome. They’ve got grittier and more realistic textures, especially on the faces. The developers went back and rescanned all the original actors’ captured work, reanimated everything to make it feel more natural. The overall lighting is probably the most drastic improvement. The remake pops more and feels less muted. There’s a stronger emphasis on contrast; the darker color levels feel more solid black and less muddy brown. The foliage that generally overruns the entire game world is more natural and even expanded. The level geometry seems rebuilt and more detailed.

We’ve still only seen snippets, but from what we can see, everything feels more next-gen. Naughty Dog is one of the most proficient game developers working today and it’s good to see them making a dedicated PS5 game that isn’t held back by the PS4 limitations. It’s clear a lot of work went in from the developers to make these leaps. Now as for promised gameplay improvements it’s a bit harder to figure out what those will be based on. Naughty Dog has promised modernized gameplay, improved controls and expanded accessibility options. There’s also the usual PS5 features like 3D audio, haptics and adaptive triggers.

This remake does not include the popular “Factions” multiplayer mode that appeared in the previous versions. It does have the “Left Behind” DLC. But if you’re looking for some last level multiplayer action on your PS5, you’ll have to wait until Naughty Dog launches the recently teased standalone multiplayer Last Of Us game in 2023. That’s a pretty big omission for a game that costs more money than the versions that do contain the “Factions” mode. This is definitely a bummer for people who really loved that mode.

But the biggest sticking point is, why to ask $70 for a game that does not even need a remake. The original still plays great and while remakes are all the rage these days, recent remakes like Resident Evil 2 and Final Fantasy 7 were far more drastic overhauls of their original games. That’s because remaking a game from the 90s and remaking a game from 9 years ago are going to yield very different results.

Why is the Remake Happening?

There are some pretty clear reasons why the remake is probably happening. There are likely millions of PS5 and PC owners who have never experienced this incredible game before. And millions more will be introduced to this universe for the first time when the upcoming HBO show launches which will definitely be a hit. It makes sense for PlayStation to have a prettier, more modern game ready to cash in on the hype rather than directing HBO viewers to a nine year old game.

If this game is somehow new to you then The Last Of Us is one of the greatest games of all time. The remake will almost certainly be the definitive way to play it. It would also act as a fantastic graphical showcase for your PS5 or gaming PC. The new gameplay enhancements could even be a bigger deal than Naughty Dog is letting on. So if all that adds up for you, then by all means spending $70 this game would absolutely be worth it.

But if you have already experienced the game or its remaster, then things are different. This game and its remake is a masterpiece. And while we appreciate all the clear work that’s gone into modernizing it, that’s still a steep price tag for something that’s almost entirely a known experience to you. You could spend that money on a brand new video game experience instead. $50 would have been the perfect price here as it’s largely the same game as it was in 2013. It’s also missing an entire multiplayer mode. PlayStation shouldn’t be so stubborn to that $70 ideal and be willing to offer experiences on more of a sliding scale.