Home Anime Is Watching One Piece Worth it? 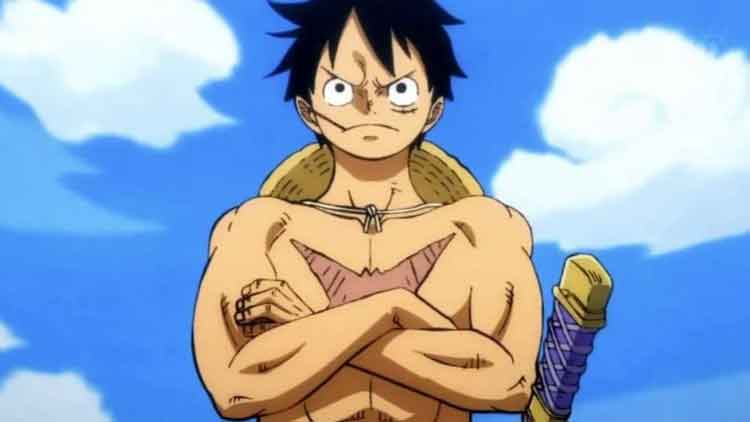 One Piece also referred to as Goat Piece is the story of a boy Monkey D LUFFY who wants to be the King of Pirates. It is written and illustrated by the Greatest Mangaka Eiichiro Oda (Goda).

To be the king of pirates and to find the Greatest treasure called One Piece, which is left by Gold Roger. He needs 11 crew members on his ship and how this journey goes is basically the uncomplicated story of One Piece.

Fellow otakus, beginners, and those who think to start watching anime, it’s a pure gold comedy, fun, and emotional adventurous series. Based on its manga, the first episode aired on Oct 1999 and is currently on 986th episode slowly reaching its 1000th mark and will remain ongoing for 5-6 years.

Has 11% of filler episodes (non-canon) but some are enjoyable. Being a Shonen Jump ready to learn this phrase ‘‘kaizoku ou ni ,ore wa naru’’. Despite what your age, one living in this era must experience the story of One Piece and here’s why.

Monkey D. Luffy hands down the greatest protagonist. 1000s of characters each one with its unique traits, unique style, and unique laugh has such impacts on the viewers either be a hero or a villain, we whole heartedly love/admire them or utterly hate. Values these characters teach helps to build morals in life.

Well, the characters are drawn funny and unimaginable from giants to fairies, fishman to minks, ancient creatures to in-human beings. With all these characters even a smaller character plays a key role in the story. They are important and unforgettable. Strawhat and his crew are like family, emotionally connected to them as one of their Nakama being on their cruise.

A story needs to be good and way of telling them is a task but watching One Piece is a hell of a ride, from happy to sad, laughing to crying, hopeful to despair, twist to turns, edge of seats to mind bowling events. It’s a mega package. Stories every arc offers are glued to the protagonist’s ideology to be a certain man. Struggle he goes through, the pain he overcomes, sacrifice he make and still trying/on his path and his crew being the wings to achieve his dream and they too have their own dreams on the way of accomplishing. The story that doesn’t lose its core.

Backstories are so sad and emotional as the center part of character development. Dark tone it catches when thinking deeper. Foreshadowing the details for years. Big revelation time, the mind explodes. Vast amount of topics it covers. All the genres it captures, even has a Zombie arc such fun to watch. Cannot predict the story. Grabs you by your eyeballs. Never Ending Never Boring!

The best world building you will ever watch. Decades of building, arcs connected to each other to give the ultimate showdown without revealing the end story but carefully hints the end, throw us completely in the void. Subjects are touched such as dreams, freedom, justice, good, evil, hope, politics, corruption, violence, slavery, history, racism, LGBTQ etc..

So many mysteries are yet to be cleared from Oda.  What is One Piece, will of D, ancient history, ancient weapons, void century, ultimate war, the origin of devil fruits, some characters etc? These are interconnected to each other and will get solved when Luffy will find the One Piece. This is going on for 20+ years, every time we get to know something yet we don’t know anything.

Often the anime is overlooked for being too long, bad pacing (skippable), funny-looking characters, bad animation (top tier now) but with grand music and iconic voices, it’s a carnival. Said that 80% of story is completed only 20% is remaining but that 20% is going to be the Real One Piece. You will know what I mean. Stay away from spoilers. At start it will look goofy but give it a try, you won’t regret it.

(PS : If you are into reading, you can always read the manga).