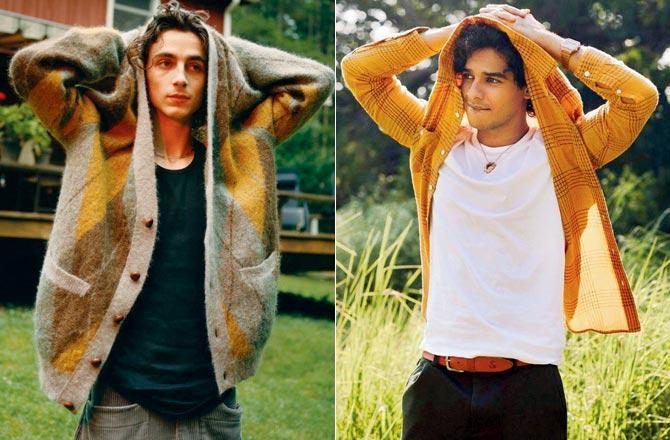 Alas, Ishaan Khatter is no Timothée Chalamet. The latest digital edition of Grazia India features a shoot with Khatter that’s strikingly similar to one that appeared in the pages of the November edition of GQ.

It stars the young Chalamet chilling at his cabin in Woodstock, and going about his usual Beautiful Boy routine. The likeness between the two shoots doesn’t just begin with a collection of bucolic locations whipping up a romantic cute-boy IRL fantasy, but the “inspired” styling of Khatter as well.

Ishaan is now gearing up to start filming for Phone Bhoot alongside Katrina Kaif and Siddhant Chaturvedi. Phone Bhoot, which was announced in July, features the trio as ghost hunters.

Ishaan Khatter was last seen in Mira Nair’s ‘A Suitable Boy’ and also in Khaali Peeli alongside Ananya Panday, and the duo’s film received mixed responses. The Dhadak star will also be seen in the 1971 war film Pippa, alongside Mrunal Thakur, Soni Razdan, and Priyanshu Painyuli. Directed by Raja Krishna Menon, the film will be based on the book ‘The Burning Chaffees’ and will be bankrolled by Ronnie Screwvala and Siddharth Roy Kapur.