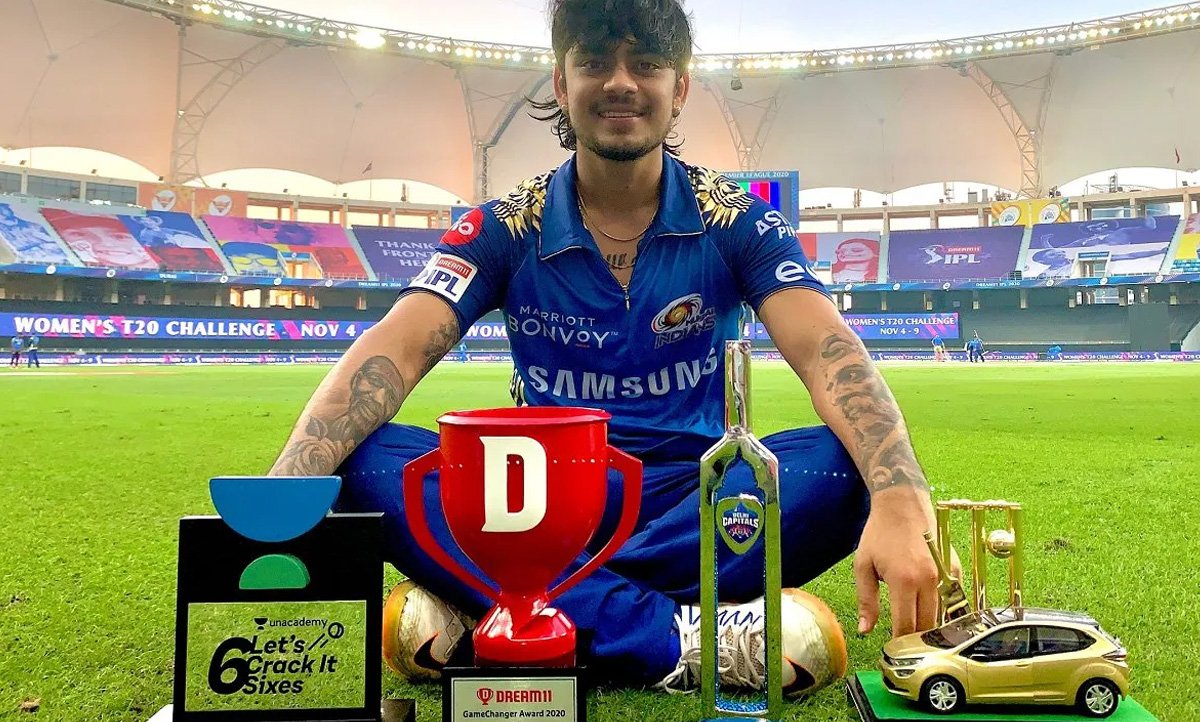 Ishan Kishan breathed fire with the bat scoring a 94-ball 173 for Jharkhand against Madhya Pradesh on the opening day of the Vijay Hazare Trophy 2021 campaign.

Vijay Hazare Trophy 2021 marked the return of 50-over cricket in India for the first time in the aftermath of the Covid-era after successful completion of the T20 event, Syed Mushtaq Ali Trophy.

The opening day of the season saw Jharkhand battle it out against Madhya Pradesh at the Holkar stadium. Although it was a one-day contest, Jharkhand skipper Ishan Kishan batted in T20 mode, going all guns blazing, slamming a brilliant 173 off just 94 balls.

The Vijay Hazare Trophy became the second domestic tournament to have been scheduled in 2021 but it came at the cost of the Ranji Trophy which had to be suspended due to the pandemic for the first time in 70 years.

Ishan Kishan, who features for Mumbai Indians in the Indian Premier League (IPL) was sent to bat first by Madhya Pradesh skipper Parth Sahani who chose to field after winning the toss. Ishan Kishan opened the innings alongside Utkarsh Singh but lost his partner early in the innings after which Kumar Kishagra batted in the middle but couldn’t pace the innings.

Taking matters into his own hands, Ishan Kishan started to hit boundaries from one end and kept the scoreboard ticking. Kumar Kushagra was also dismissed for 26 of 45 balls, paving way for Virat Singh to enter the field.

Virat Singh and Ishan Kishan then produced a phenomenal partnership, of 117 runs before the latter was dismissed by Gaurav Yadav. Virat Singh held onto his wicket for a while and helped Jharkhand take the score past 300 runs inside 40 overs as they accumulated 422/9 in stipulated 50 overs before reducing Madhya Pradesh to 74/5 in 10 overs with pacer Varun Aaron picking 4 scalps

Ishan Kishan scored his fourth List A century with 11 sixes and 19 fours, reaching the 3-digit mark in just 74 balls. His IPL franchise Mumbai Indians also took to Twitter to hail the southpaw’s heroics with the bat.

Ishan Kishan was one of the finest performers for 5-time winners champions Mumbai Indians in the 13th edition of the IPL. He scored a total of 516 runs in just 14 innings at an average of 57.33. A lot of the same will be expected of him this time around.

The Vijay Hazare Trophy also acts as a preparatory platform for quite a few cricketers ahead of the much-anticipated Indian Premier League (IPL) 2021 campaign. The quarter-finals of the tournament will be played on March 8 and 9 respectively and the semi-final will be on March 11. The final of the Vijay Hazare Trophy 2021 will be on March 14. The IPL, on the other hand, is expected to begin in the second week of April.

In other matches, Gurkeerat Singh Mann who went unsold after being released by RCB scored 139 off 121 balls with 14 boundaries and 7 sixes to help Punjab score 288/4 against Tamil Nadu. Vidharva’s Faiz Fazal and Yash Rathod scored tons to help the side score 331/6.

Suryakumar Yadav and Ishan Kishan could make their India debuts in the T20I series at home against England. The former scored 480 runs in 16 games averaging 40 while also notching up 424 runs and 512 runs in the previous two editions. Ishan Kishan, on the other hand, scored 516 runs averaging 57.33 in 14 games and hit the maximum number of sixes-30 in IPL 2020.

X
India’s Squad For T20I Series Against England Announced…CricketThe BCCI has announced India’s T20I squad for the 5 match series against England. Several new faces are part of the Indian side who have been constant…
close