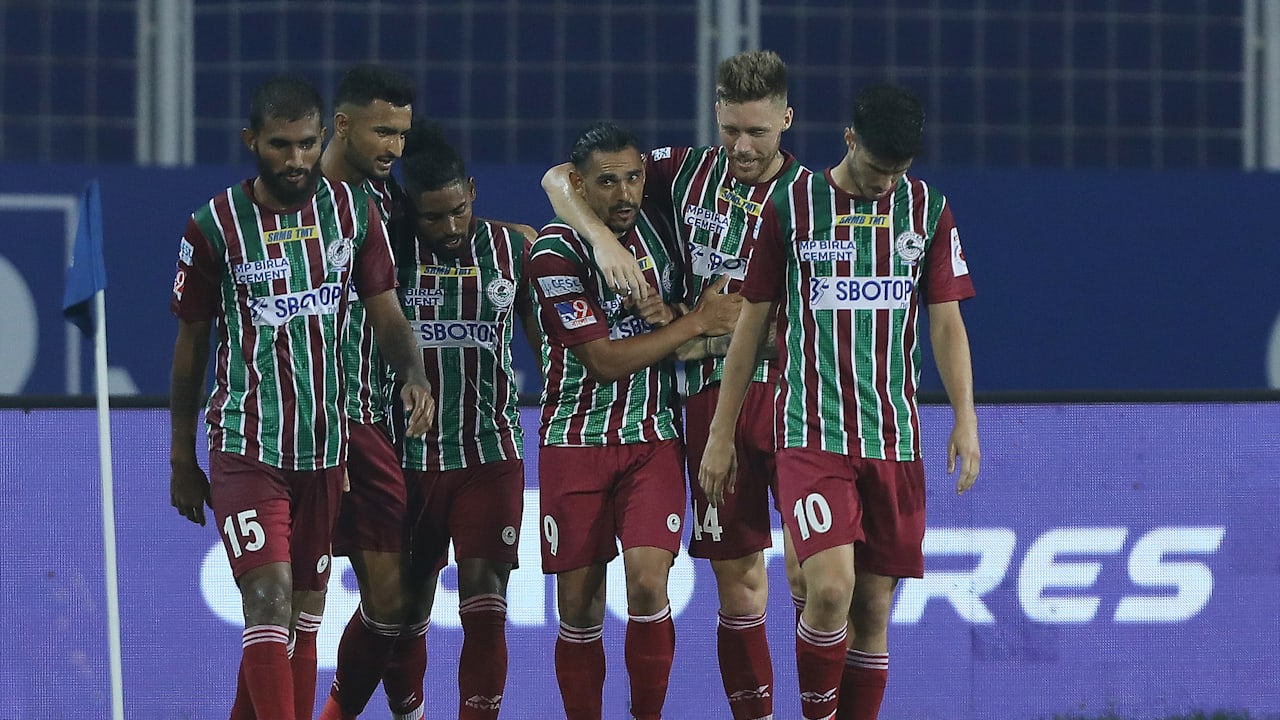 All Antonio Habas’ team has to do is secure three points and hope that Mumbai City lose their game Bengaluru FC on Monday. That way, Antonio Lopez Habas’ side can also book an AFC Champions League spot that they lost to FC Goa last season.

The odds are certainly in their favour. While ATKMB have been the best team defensively, Jamshedpur have struggled for goals all season, scoring just four in their last seven. On the other hand, ATKMB are coming back from a 2-0 victory over Bengaluru FC.

“The team is good. The team is confident. We are in the best way. Now we have to focus on the last four matches in case there is the opportunity to win the regular league. Every game, we focus on the next opponent,” said a confident Habas.

When the two teams met earlier in the season, it was Jamshedpur who came out on top. But Habas isn’t concerned about what happened in the past. He is rather focused on his team’s performance. On Sunday, Habas will once again be counting on the likes of Roy Krishna and Marcelinho to make the difference. The latter, in particular, has been in spectacular form since joining from Odisha in January.

A late winner from David Grande helped Jamshedpur secure three points against Chennaiyin in the last match. Now, Owen Coyle’s side is aiming for another to stay in the race for top-4. With 21 points from 17 games, Jamshedpur are placed sixth on the league table. The team is under pressure having missed out on the playoff in the last two seasons but Coyle is focused.

“When you get to the business end of the season, these are the games that I used to look forward to as a player. To play against the best players and the best teams. Tomorrow, we have the opportunity to do that. We are playing against a very good side, a side that we have tremendous respect for,” Coyle said.

However, the English coach Coyle will need his attack to fire if Jamshedpur are to take anything out of the match. Jamshedpur had just one shot on target in the last game against Chennaiyin. “The lads have been tremendous, the character and spirit they have shown. They have taken six points from the last nine. But now we have to keep picking up points so that’s what we need to do,” said Coyle.