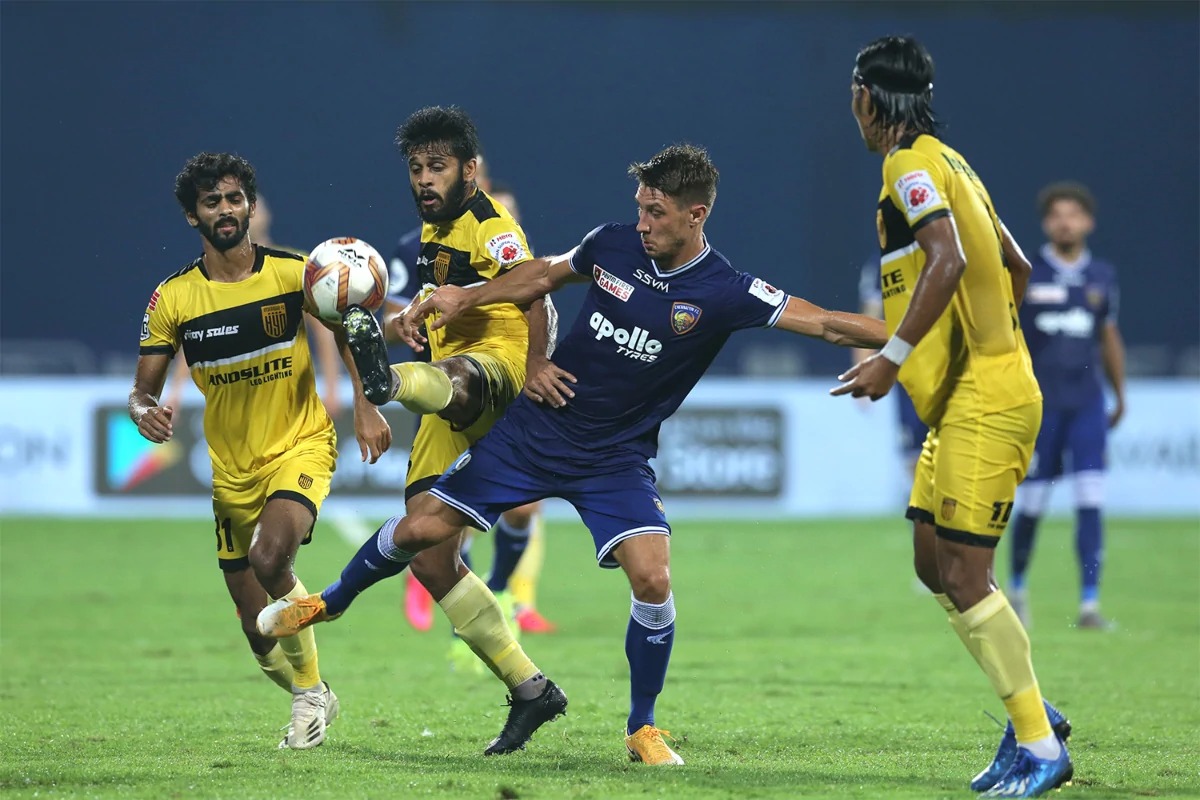 ISL 2020-21 Hyderabad FC vs Chennaiyin FC: Battle for survival for both teams; Watch HFC vs CFC Live Streaming Online on Hotstar:When Hyderabad FC takes on Chennaiyin FC in the Indian Super League (ISL) at the Tilak Maidan on Sunday, it will be an opportunity for both teams to take giant strides towards securing a playoff berth.

A win will help Hyderabad overtake FC Goa and get closer to ATK Mohun Bagan who play later on the day. For Chennaiyin, three points is exactly what separates them and their opponents in the day’s early kickoff. Current form would favour Hyderabad as the team is not only playing well, but is on a six-match unbeaten run. But coach Manuel Marquez will be worried by the fact that four of those six games ended in draws despite Hyderabad arguably looking the better team. He believes the solution is simple — his strikers need to take their chances more.

“The team needs to score (from) the chances, that is very clear. But the most important thing is to have these clear chances. I think that it’s true that the team plays good football that is attractive to people. But in football, the most important thing is the final score. I agree that we were closer to win than to lose. People may say that the draw is nothing but now we have four points more than four games ago. Now against Chennaiyin, it’s a perfect opportunity for them to have the same points as our team and for our team to put distance between both teams,” said Marquez in an official ISL release.

A welcome return to form for Aridane Santana should help solve part of their problem. The striker had four shots on target in their last game and was instrumental in the comeback against Bengaluru FC.

For Chennaiyin, the match represents an opportunity to not just close the gap, but to make amends for a really poor performance in the reverse fixture.
“It’s not just a game against a team that we are three points behind. We played really bad football against Hyderabad in the last game and we have to change this. Professional football is always about results. Sometimes we have bad days but I don’t want to see them lose without heart, without will, without spirit,” said Chennaiyin coacCsaba Laszlo.

Like his opposite number, Laszlo will be hoping for an improved display upfront. Chennaiyin has struggled to score all season. Their tally for the season (11) is the lowest in the league. Their goal conversion rate of 6.01 per cent is the lowest in ISL history. Unless those numbers improve, it is hard to see Chennaiyin’s play-off push getting off the ground. (ANI)
Regards