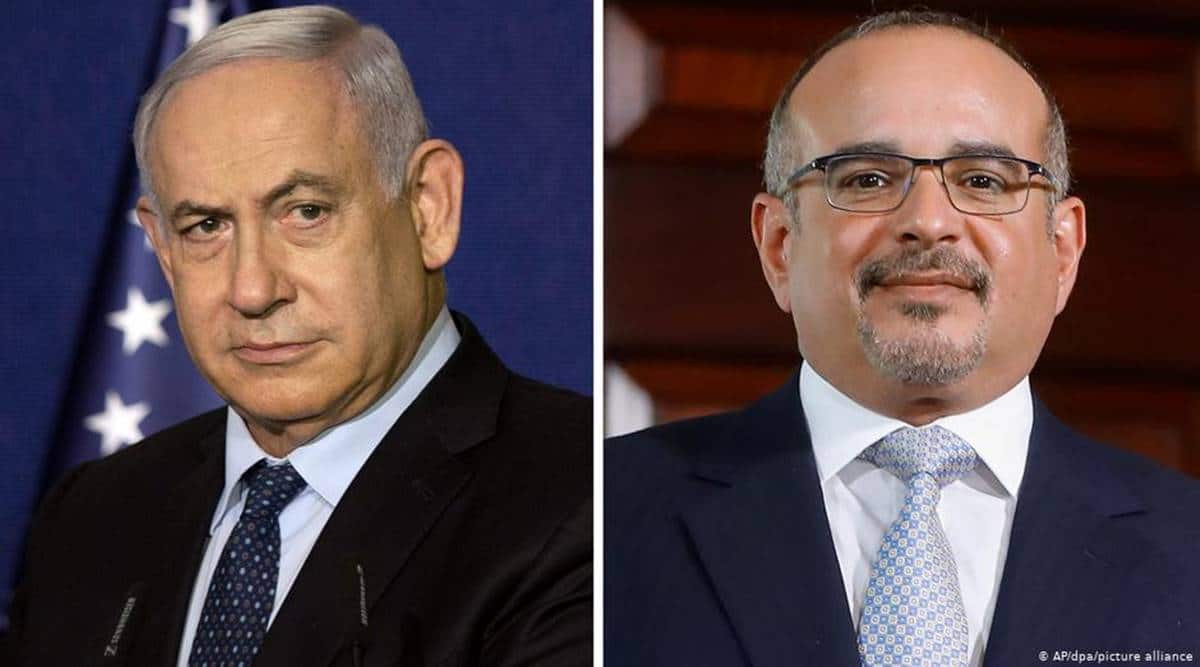 “Both of us are very moved by the fact that we can bring peace to our people and our countries in a very short time,” said Netanyahu in a tweet sent on Tuesday. “Therefore, he also invited me to make an official visit to Bahrain soon. I will do so, on your behalf, with pleasure.”

A tweet earlier in the thread said the conversation was “very friendly.”

Netanyahu’s announcement comes after a Bahraini delegation, lead by Foreign Minister Abdullatif bin Rashid Alzayani,traveled to Israel last week. Israel and Bahrain said during the visit that they hope to open embassies in one another’s countries by the end of the year.

Israel’s relations with the Arab world

Israel has begun to normalize ties with Arab nations that previously refused to recognize the Jewish state, including the United Arab Emirates (UAE) and Sudan. In addition to Bahrain, they were the first Arab nations to recognize Israel in decades.

Until this year, Egypt and Jordan were the only Arab states to recognize Israel after signing peace accords in the 20th century.

On Monday, an Israeli official and local media said Netanyahu had made a secret trip to Saudi Arabia over the weekend to meet with Crown Prince Mohammed bin Salman and US Secretary of State Mike Pompeo. Saudi Foreign Minister Prince Faisal bin Farhan al-Saud has denied the reports, and Netanyahu did not confirm or deny the meeting.

Israel and Saudi Arabia have fostered a security cooperation, in an effort to counter rival Iran.

The United States has helped broker the relationships between Israel and the Arab states. The improved relations have angered Palestinians, who have counted on a united Arab stance that recognition of Israel should come only after they achieve independence.

“From Netanyahu’s perspective, to be able to show that the major Arab powers no longer have a problem with the Israeli occupation of Palestinian territory is something that vindicates his strategy,” Trita Parsi, executive vice president of the Quincy Institute for Responsible Statecraft, told DW.