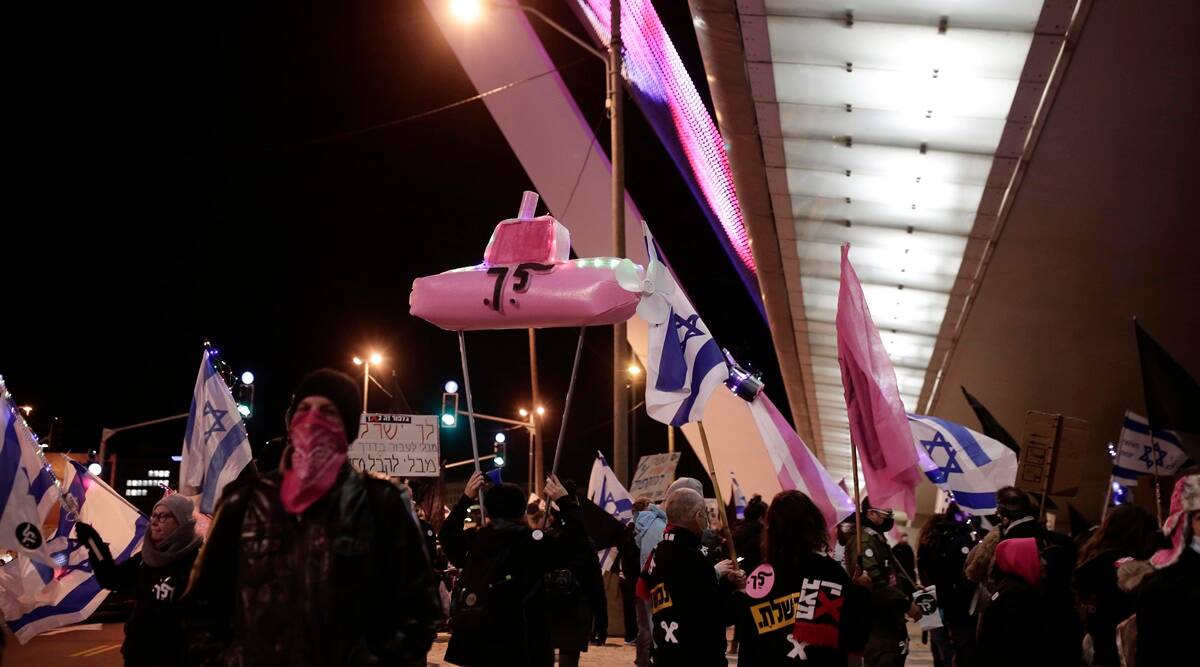 Israeli police sprayed a crowd of protesters with a water cannon Saturday night as they tried to disperse demonstrators calling for Prime Minister Benjamin Netanyahu’s resignation over corruption charges.

Temperatures were about 10 degrees Celsius (50 Fahrenheit) on a raw winter evening when the crowd was sprayed. The protesters have been gathering every week near Netanyahu’s official residence in Jerusalem for over seven months, but the use of water cannons is rare.

In a statement, police said hundreds of protesters took part in the demonstration. They accused some protesters of unruly behavior, including throwing objects and trying to break through a police barricade. It said one officer was lightly hurt, and several protesters were arrested.

The protesters say Netanyahu cannot serve as prime minister when he is on trial for charges of fraud, breach of trust and accepting bribes in three separate cases.

They also accuse him of mismanaging the coronavirus crisis, with unemployment in double digits after a series of nationwide lockdowns. The country is in the midst of its third lockdown, despite one of the world’s most successful vaccination campaigns.