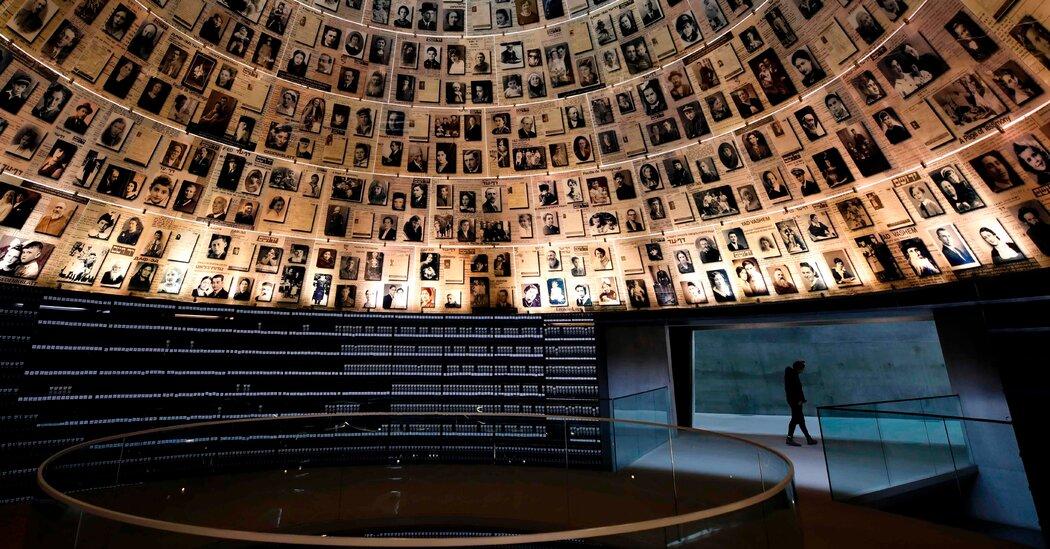 JERUSALEM — For years, his name was synonymous with intolerance and right-wing extremism.

So when Israel’s conservative-led government nominated Effie Eitam to be chairman of Yad Vashem, the country’s official Holocaust memorial and one its most hallowed institutions, it prompted an uproar.

Mr. Eitam, a 68-year-old retired brigadier general and former minister, has spent the last decade in the private sector. But his provocative statements from the early 2000s advocating the mass expulsion of Palestinians from the occupied West Bank and barring Israel’s Arab citizens from politics linger on the public record.

The appointment could have “devastating consequences,” said Israel Bartal, a professor of modern Jewish history at the Hebrew University of Jerusalem, who said he would be forced to cut all contacts with Yad Vashem’s research institute after years of cooperation. “An institute headed by a person with such extreme opinions and controversial human values will never be taken seriously within the global academic community,” Mr. Bartal said.

Holocaust survivors, Jewish organizations and an international array of historians have denounced the appointing of such a contentious figure to head Yad Vashem. They say that in addition to recognizing the Nazi genocide of six million Jews as a unique event, the institution is also responsible for upholding universal moral values and educating people about anti-Semitism and racism.

Yet despite the pushback, a government appointments committee vetted and approved Mr. Eitam’s candidacy in mid-November. Only a cabinet vote now stands between him and the post.

“This is more than a colossal mistake — it’s a tragedy,” said Deborah E. Lipstadt, a professor of modern Jewish history and Holocaust studies at Emory University in Atlanta who has written several books on the subject. “Appointing Eitam to this position would be a blot on Yad Vashem’s reputation and Yad Vashem’s record.”

Mr. Eitam and Yad Vashem declined to comment on the appointment.

But Mr. Eitam’s defenders say he is the victim of a kneejerk left-wing campaign purely because he is right-wing and religious. They view him as a war hero and an experienced manager who could steer Yad Vashem out of a severe financial crisis that has been compounded by government budget cuts and a drop-off in donations because of the coronavirus pandemic.

The upshot is that Yad Vashem, an almost sacred institution that world leaders are expected to visit while in Jerusalem, has gotten caught up in the political and culture wars of a polarized country where the dominant right-wing battles the liberal left and is increasingly at odds with the more liberal streams among world Jewry.

Worse, experts say, it comes at a time when anti-Semitism is resurgent and far-right forces in other parts of the world are promoting Holocaust denial.

She is one of 750 historians, Jewish studies experts and cultural figures who signed a petition protesting the appointment, which was submitted to Yad Vashem’s board of trustees and Israel’s Parliament this month.

Yad Vashem’s current chairman, Avner Shalev, 81, is a respected, apolitical figurehead. He announced in June that he was stepping down after a 27-year tenure.

Still, government approval may not be imminent. Because of coalition infighting, all senior appointments are frozen, and Benny Gantz, who leads the centrist Blue and White party in Mr. Netanyahu’s coalition, is likely to block Mr. Eitam’s advancement by denying him a majority if it comes to a cabinet vote.

But Mr. Elkin and Mr. Netanyahu insist that he is still their sole candidate.

Mr. Eitam, a resident of a settlement in the Israeli-annexed Golan Heights, grew up as a secular Jew and became observant after the 1973 Middle East war.

He was decorated for his role in one of the war’s most desperate battles and later took part in a raid to free mainly Israeli hostages in Entebbe, Uganda. Mr. Netanyahu’s older brother, Yonatan, a legendary figure in Israel, was killed while leading the raid.

But Mr. Eitam once compared Israel’s Arab citizens to a cancer and a “ticking bomb” and said Israel would ultimately have to expel most Palestinians from the West Bank.

During the first Palestinian uprising in the late 1980s, when he was a brigade commander, some of his soldiers were prosecuted for beating a Palestinian man to death. The soldiers said they had beat him on the commander’s orders.

Ultimately, Mr. Eitam received a severe reprimand, and his promotion to the rank of brigadier general was long stalled. Yet his military career spanned nearly three decades.

Mr. Elkin, the minister responsible for Yad Vashem, denounced what he called an “ugly” and “hypocritical” campaign spearheaded by political forces who never objected to appointments from the left wing of the political spectrum.

“True, he made a few unsuccessful remarks,” Mr. Elkin said of Mr. Eitam in a telephone interview, “but that was 15 or 20 years ago.” Mr. Elkin also said that some of those statements had been taken out of context.

Mr. Elkin cited as a reference point Joseph “Tommy” Lapid, a Holocaust survivor and acerbic leader of a liberal, secular, centrist party who went on to become chairman of Yad Vashem’s advisory council. Mr. Lapid once said that Palestinians “might begin to think” of the effects if 10 car bombs were to go off in 10 Palestinian cities and kill 500 Palestinians.

“That’s a more shocking statement to my mind,” Mr. Elkin said, “and nobody opposed his appointment.”

One leader of the campaign against the appointment is Colette Avital, a former Israeli diplomat and Labor party lawmaker who now chairs the Center Organizations of Holocaust Survivors in Israel, an umbrella group for 58 Holocaust organizations. She said she had suggested alternative candidates to Mr. Elkin from the political right.

“There are people who don’t represent the left but can project an image of tolerance, understanding and moderation,” she said. Regarding the claims against Mr. Lapid, she said, “Two wrongs don’t make a right.”

Other apolitical bodies have criticized Mr. Eitam’s nomination, including the Anti-Defamation League and some Yad Vashem donors.

“Yad Vashem should stay above Israeli politics and keep its irreproachable record and moral high ground,” Joel Herzog of the Swiss Friends of Yad Vashem wrote in an email.

Critics are baffled as to why Mr. Elkin settled on Mr. Eitam. But it might signal a desired shift that would bring the institution more in line with the government after some recent run-ins.

In 2018, Yad Vashem issued a stinging critique of a joint statement by the prime ministers of Israel and Poland that was meant to resolve a rift between the countries over a Polish law criminalizing some statements on the Holocaust. Complicating matters, Yad Vashem’s chief historian, Prof. Dina Porat, was involved in drafting the joint statement, apparently in a private capacity.

Supporters of Mr. Eitam said that he could project a more muscular, Jewish and Zionist-centric image from Yad Vashem for Israel’s battle against anti-Semitism. Mr. Elkin said Mr. Eitam’s whole army career had been devoted to the lesson of the Holocaust summed up by the phrase “Never again.”

International Families Day: Here’s Everything You Should Know About It

Do Not Schedule Any International Games While The IPL Is On: Kevin Pietersen

I Have To Let Go Of One Format To Prolong My International Career: Tamim...