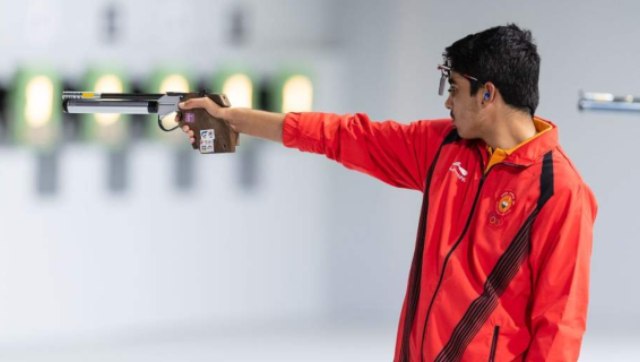 New Delhi: A dominant India claimed both the gold medals on offer by some distance in the men’s and women’s 10m air pistol team events on the third competition day of the ISSF World Cup on Sunday.

Then, the team of Youth Olympics and Asian Games gold medallist Saurabh Chaudhary, Abhishek Verma and Shahzar Rizvi bagged the yellow metal in the men’s event, comfortably beating Vietnam 17-11 in the final.

The Indian women shot 16 in the gold medal round to finish way ahead of Poland’s Julita Borek, Joanna Iwona Wawrzonowska and Agnieszka Korejwo, who managed 8 at the Dr Karni Singh Shooting Range.

The home team topped the second qualification with a total score of 576 while the Polish women shot 567.

Chaudhary and Co led the qualification part two with a total score of 579 while the Vietnamese managed 565.

The Indian men aggregated 1750 in the first qualification while Vietnam scored 1708.

On Saturday, the 23-year-old Deswal won the individual gold medal in the women’s 10m air rifle event ahead of compatriot Bhaker, who settled for silver.

A total of 294 shooters from as many as 53 countries, including Korea, Singapore, USA, United Kingdom, Iran, Ukraine, France, Hungary, Italy, Thailand and Turkey, are participating in the tournament.