It was sweet torture for Amitabh Bachchan during a recent shoot 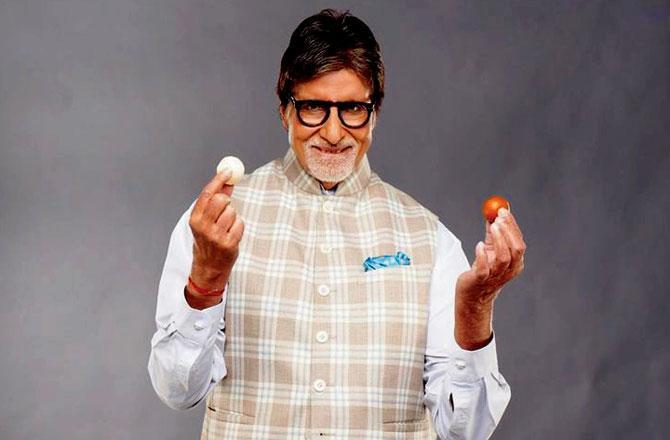 Amitabh Bachchan is the perfect example of the saying ‘Age is just a number’. The superstar, even at 78, receives an enviable number of endorsements and films, making him one of the most sought-after actor in Bollywood.

Recently, Amitabh Bachchan revealed the torture he had to face during a recent shoot. Big B, who abstains from eating sweets, had to pose with a rasgulla in one hand, and a gulab jamun in the other. Worse, he had to pretend as if he relished them.

He recounted his plight in an Instagram post. “There can’t be a bigger torture than this,” wrote Bachchan. To add to his dilemma, fans told him about the new varieties of the sweet meats available in the market.

On the work front, the thespian has a line-up of films ready to hit the theatres. He will be seen in Brahmastra, Jhund, Chehre, and an untitled film with Prabhas and Deepika Padukone over the coming months.

Brahmastra also stars Ranbir Kapoor, Alia Bhatt, Mouni Roy, among others. The film is a superhero drama with Kapoor’s character Shiva having the power to emit fire from his palms. The Karan Johar production is touted to be high on visual effects.

Speaking of Jhund, the movie is based on the life of Vijay Barse, a retired sports teacher and founder of an NGO called Slum Soccer in Nagpur. Big B is all set to appear in the film alongside Sairat lead actors Rinku Rajguru and Akash Thosar.

Also read: How Amitabh Bachchan Pulled Off A 14-Minute-Long Take In One Shot In Chehre