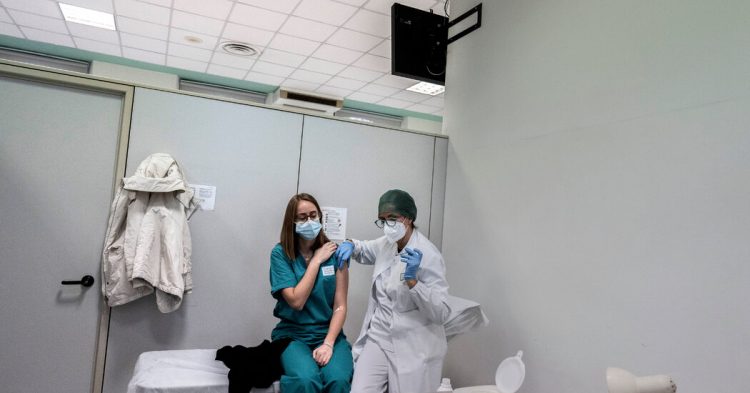 This has been an ugly year for Italy.

The first wave of the coronavirus took the country by surprise and killed tens of thousands. The second wave somehow took the government by surprise and has killed thousands more. Italians, who have been under tough restrictions this holiday season, have struggled to get their hands on simple flu shots, let alone a Covid vaccine, which just began being administered in the country.

To brighten things, the government has turned to the urban planner and architect Stefano Boeri. Mr. Boeri has sought to help his country with architectural flower power, designing 1,500 pavilions with a primrose theme where the vaccine will be distributed when the mass inoculation campaign begins.

“The primrose is the first flower after the winter, it’s something even a child knows,” Mr. Boeri said in an interview, calling his vision for the building design “a strong message that everyone can understand.”

Italy has run with the proposal. Its official Italian slogan for vaccination is: “With a flower, Italy comes back to life.”

So have the critics, many of whom found the government’s emphasis on Milanese design a little misplaced in a pandemic. “Idiots,” one prominent commentator offered. “I don’t want a primrose,” said a top Italian economist, Carlo Cottarelli. “I want an anti-Covid vaccine!”

But Mr. Boeri rejects the cynicism. “Flowers are serious,” he wrote on Twitter, and in the interview he explained why the primrose was the ideal image for Italy’s vaccination program, which started on Sunday. “It’s one thing to go get vaccinated in a container or in a military field hospital, and it’s another to go into a luminous space in the form of a flower,” he said.

He and his team sought an image, he said, that could be universally understood as positive “by a 4-year-old or an intellectual in the North or a young migrant.”