Home News It’s Day 2, And Joe Biden Has A Whole Bunch Of New COVID-19 Orders To Give

It’s Day 2, And Joe Biden Has A Whole Bunch Of New COVID-19 Orders To Give 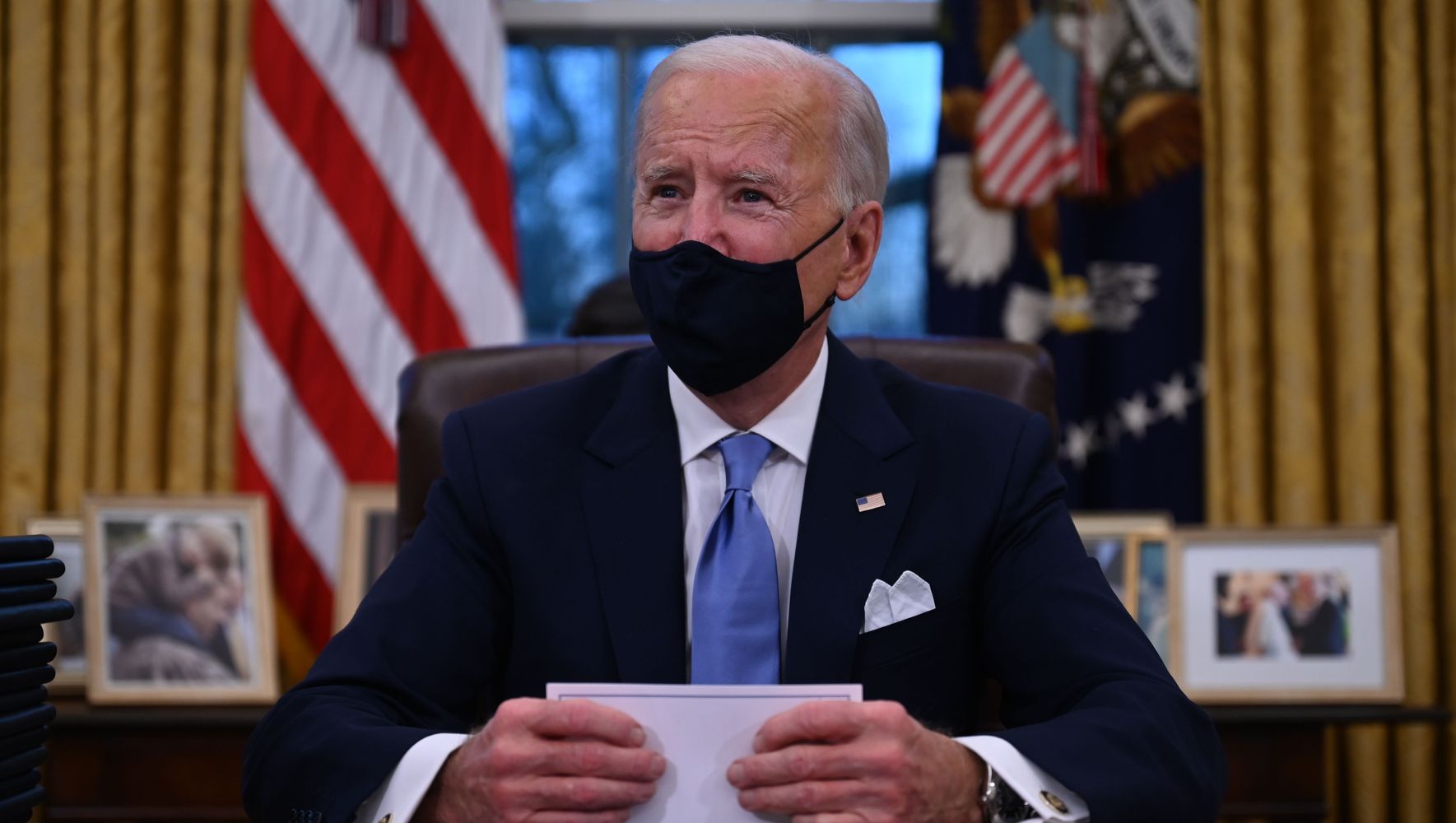 President Joe Biden on Thursday will issue a series of executive orders designed to implement the national strategy on COVID-19 that he outlined one week ago.

Although Thursday’s orders will not represent the full extent of the Biden administration’s response to the year-old pandemic, and although details on many of Thursday’s instructions are not yet clear, together they will commit the federal government to a much more aggressive role in fighting COVID-19 than it had under former President Donald Trump.

It’s the approach that a loud chorus of experts has long said is the surest way to contain and eventually end the plague that has killed more than 400,000 Americans.

Thursday’s actions will consist of 10 orders, according to Biden administration officials. Some will be highly specific, including:

Some of the instructions Biden plans to issue seem a lot more open-ended, at least based on the material administration officials have distributed to reporters.

An example is an order to the U.S. Centers for Disease Control and Prevention (CDC) to work with states on updating their pandemic plans ― or an even hazier directive to develop a plan for speeding the development and distribution of therapeutics.

A few of Biden’s executive actions will touch on familiar ground. Among them is authorization of the Defense Production Act (DPA), a 1950 law that allows the federal government to control industrial production (by, for example, giving federal contracts priority over existing private agreements).

The DPA got a lot of attention in the spring, when the pandemic was first hitting the U.S. and there were widespread shortages of medical supplies and devices, especially ventilators. Now the most likely use of the DPA would be to guarantee a steady supply of material needed to produce, transport and administer vaccines.

Communication, outreach and engagement will be major focuses of Thursday’s actions. There will be calls to create public education campaigns and to work with community groups on overcoming vaccine hesitancy, which has become a major problem even among the health care community.

Another big theme of the executive orders will be equity. Several of the new instructions call on agencies to take account of traditional disparities based on race, ethnicity, geography and disability ― and to craft pandemic strategies in ways that account for them.

Thursday’s executive actions will follow a smaller set of pandemic-related orders that Biden signed on Wednesday, the day of his Inauguration. Those included a requirement for mask-wearing that applies to federal contractors and workers, and covers federal grounds and lands.

The actions will not represent the end of the administration’s efforts to combat the novel coronavirus. Still to come is a major effort to pass several pieces of COVID-19 legislation, including bills that would provide economic relief and help states run their vaccination efforts.

Just how successful any of these efforts will be remains to be seen. It will depend on several variables, many of which are still unknown ― to the public and, quite possibly, to the Biden administration as well.

Officials complained repeatedly during the presidential transition period that they did not have full, unimpeded access to pandemic information that the Trump administration had been collecting through its Operation Warp Speed.

In a conference call for reporters on Wednesday, Biden administration officials made it clear they were still trying to answer some key questions, such as whether vaccine manufacturers had supply chain problems and, if so, whether the DPA would help fix them.

It will likely take at least several days for the administration to get answers. But some parts of the pandemic response are already underway. On Wednesday, administration officials said, Biden instructed FEMA to start setting up its first mass vaccination centers.

It’s the first stage of a plan to launch 100 of them in the next month ― and the first tangible sign that the change of administration will mean a concrete, potentially dramatic change in the country’s pandemic response.