Home General It’s lonely on the top, and in the lodge, as ski resorts struggle.

It’s lonely on the top, and in the lodge, as ski resorts struggle. 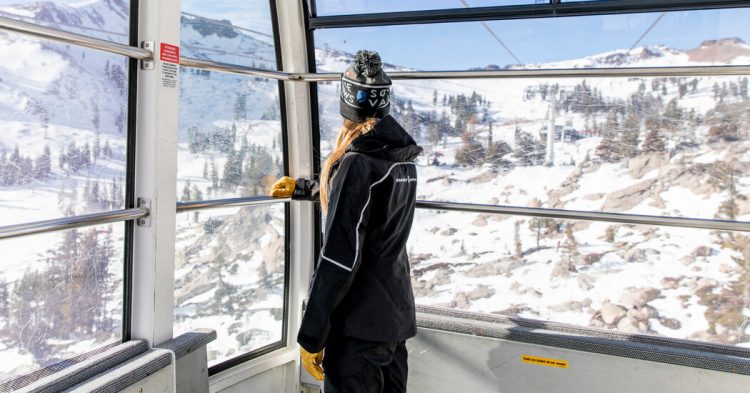 A trickle of skiers recently zigzagged down the slopes at the Squaw Valley Ski Resort. Couples and families wandered through the resort’s village, which was decorated with golden Christmas lights and frosted with snow.

It looked like the beginning of a merry season. But a closer inspection revealed it was anything but.

Restaurant patios were nearly empty as masked workers swept through with lime green disinfectant sprayers strapped to their backs, part of the $1 million that Squaw Valley has spent on sanitizing equipment and other safety measures. At ski lifts, sparse groups waited in socially distant lines. The resort felt “so dead,” said a skier, Sabrina Nottingham, partly because it was limiting ticket sales to fewer than 50 percent of the norm.

Squaw Valley, a marquee destination for winter sports enthusiasts, is one of many ski resorts across the country bracing for a highly unpredictable season. Forced to rethink how to operate in the coronavirus pandemic and with vaccines still rolling out, resorts have made a plethora of changes in places such as Aspen, Colo.; Park City, Utah; Taos Ski Valley, N.M.; and Killington, Vt. Many are setting visitor restrictions and requiring ticket reservations; New Mexico has limited resorts to 25 percent of capacity.

Resorts are also minimizing in-person interactions by installing kiosks for ticket pickups, adding space between people in line for ski lifts and gondolas, requiring masks, limiting the number of people on a lift at once and, in some places, shutting down indoor dining.

While the pandemic has dealt a heavy blow to the entire travel industry, ski resorts may feel a disproportionate impact this winter because of their short window of business. The ski industry already took a hit in the spring when the pandemic struck and many resorts had to close early, leading to $2 billion in losses and causing layoffs or furloughs of thousands of employees, according to the National Ski Areas Association, a trade group. The industry saw its lowest number of visits, 51 million, since the 2011-12 season, the association said.

Now resorts such as Squaw Valley are setting their expectations low for the new ski season.

“I don’t think that anybody in the business is looking to have this be their best year ever,” said Ron Cohen, the president of Squaw Valley and neighboring Alpine Meadows, which laid off 2,000 seasonal workers in the spring.

Others echoed that sentiment. Mike Pierce, a spokesman for Mount Rose Ski Tahoe, a resort in western Nevada, said the mind-set was “to just maintain status quo and survive.”