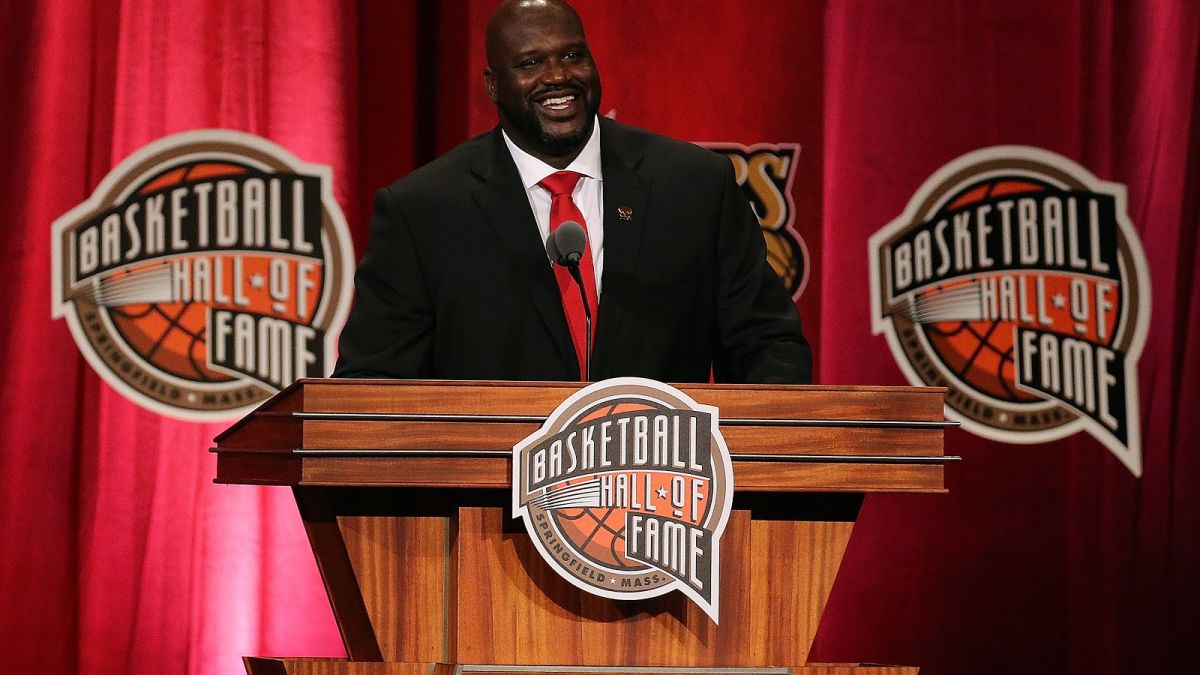 Respectfully, what is it about Shaquille O’Neal — who is in the one percent of most accomplished living human beings on earth — that causes him to engage in rankism?

Historically, on Inside The NBA — and in this season, in particular — O’Neal’s taken a blow torch to other big men whom he deems lesser than him regardless of their excellence. Fairly or unfairly, he’s diminished Joel Embiid, didn’t respect Nikola Jokic enough to know that he’s Serbian, not Russian, and his recent rivalries with both Rudy Gobert (and even guard Donovan Mitchell) have been well-documented.

In multiple instances, including recently on his own Instagram, Shaq has felt the need to provide WWE-style random run-ins to attack others, then subsequently defend his reasons for tearing-down several NBA stars. The reasons why are not that interesting. O’Neal would simply say that these are expectation-based insights he’s providing on TNT and other platforms, demanding more out of today’s best, like he’s Fletcher from Whiplash searching for the next Charlie Parker. Demanding more is okay; we all do it, perhaps too much on occasion. A psychologist could theorize the level of insecurity that may or may not be involved in these social media and television-aired declarations. But whether or not it’s actually warranted is up for debate. What shouldn’t be is the impossible standard this sets for the other 99 percent of us.

The O’Neal analysis directly stems from a tree watered for years by Stephen A. Smith and Skip Bayless on ESPN’s First Take. If they didn’t create it, they popularized it. This isn’t so much about them as it is to highlight the underlying culture born from it, though. You can call it, hot-take culture, ‘what have you done for me lately’ culture, ringsssss culture, or whatever you want. But what it does is disregard nuance of anything in between the best of the best, and what we perceive to be the worst of the worst, even though it actually isn’t.

While it may be true that O’Neal would bust Gobert’s and everyone else’s ass in today’s era — he’d probably average 30 and 15 in his sleep, which is a breakdown for another column — so? And? Is there zero nobility or worth to being Gobert at all? If O’Neal feels strongly about a historic defensive talent in Gobert, or a likely future Hall of Fame center in Dwight Howard, then are we to flatly deem a quality big man like Richaun Holmes as trash? Is Clint Capela just garbage? Is Jarrett Allen worthless? Is Mitchell Robinson hopeless? Should Serge Ibaka just retire? What are we doing? Does everyone have to average at least 20 points and 10 rebounds, otherwise they aren’t worthy of playing in the league? Or, in O’Neal’s case, do they have to be him?

Furthermore, it isn’t like there are many (or even any) players in the league coming out and comparing themselves to O’Neal. When Draymond Green emerges to discount Charles Barkley’s Hall of Fame accolades because he doesn’t have any ringsssss, Barkley is entitled to respond amusingly, as he has. Is it childish? That’s for others to decide, but was it verbally provoked? Sure. In Gobert’s case, he was just minding his business.

O’Neal is also defending himself on his Instagram (mentioned above), defending his own merit and classification for him to be able to say what he says. He’s not technically wrong, but he’s being reckless. What we lose sight of in athletics, in our workplaces, or in our personal lives, is that not everyone could rise to the one percent, it’s literally mathematically impossible. In sports, in particular, the parents reading this honestly know who the best player on their daughter’s soccer team and or son’s baseball team is, and in most cases, it’s not their own. But, you know what? That’s OK. You and I weren’t either; that’s why I’m writing this, and you’re reading it (thank you, by the way).

Life is supposed to be about being the best you can be. If that means your ceiling is as a three-time All-NBA and two-time Defensive Player of the Year center, you’ve done excellent for yourself. If that means you only played professionally in Macedonia for two years, that’s fine, too. Everyone has a role in basketball, at their job, and in life. Very few will ever be Shaq or Shaq-equivalent in any field. But The Diesel should have enough grace to refrain from dismantling others unceremoniously only to build himself up even more. That’s like, in 2021, Nas beefing with Westside Gunn, or Jay-Z going at Isaiah Rashad. As former Eagles back Ricky Watters once famously said…for who?… for what? If Hakeem Olajuwon started making fun of DeAndre Ayton, we would say it’s in poor taste, too.

For Dr. O’Neal, it shouldn’t matter that Gobert is averaging 13 points per game and making $205 million; he’s still one of the greatest defensive players of his era, and excellent in his role for what is currently one of the NBA’s better teams. Being a role player in life is fine. According to the math, that’s what most people will be anyway.

It’s OK to not be Shaquille O’Neal, and he should realize that