Home General It’s That Time Of Year: Fox News’ ‘War On Christmas’ Gets A Pandemic Twist

It’s That Time Of Year: Fox News’ ‘War On Christmas’ Gets A Pandemic Twist 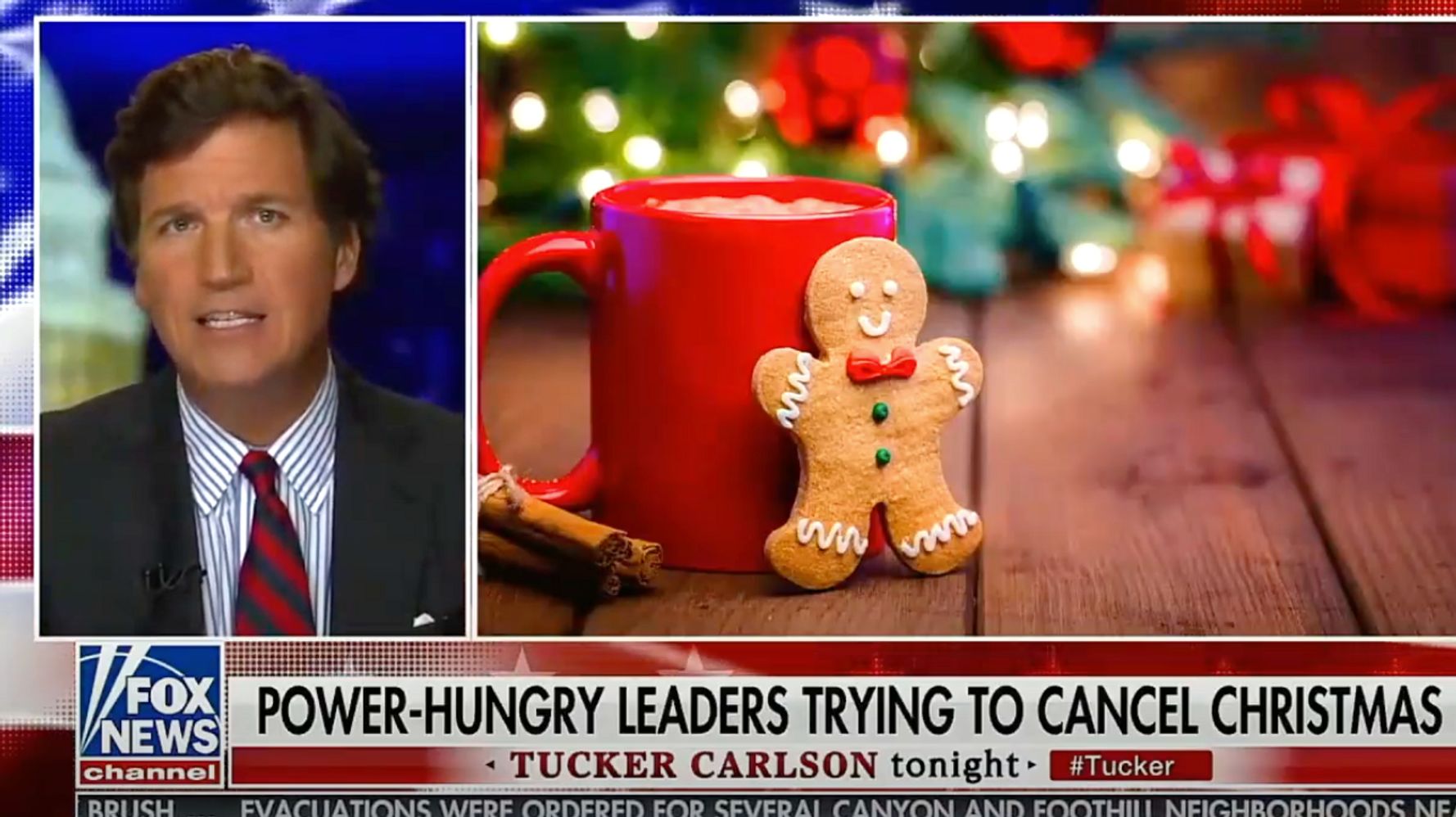 Infectious disease experts and politicians who listen to them have urged Americans to avoid travel, limit large gatherings and heed other safety precautions this holiday season as COVID-19 infections, hospitalizations and deaths soar to record-setting highs.

This, Carlson claims, is an effort to ruin Christmas.

“If death is inevitable … maybe we should pause before we destroyed the living in the name of trying to eliminate it,” he declared on “Tucker Carlson Tonight.”

“Politicians understand this threat. They figured out that Christmas is bigger than they are, and therefore it’s a threat to them. Better cancel it. In fact, they’re trying hard.”

Right-wingers like Tucker Carlson have not only politicized the virus but they’ve decided they’re on the side of the virus pic.twitter.com/XtQD54tuQb

Carlson accused Fauci of using complicated language, telling his viewers, “What Fauci is saying here in English is that you need to avoid going to church. You need to avoid your own family.”

“Those are the congregate settings he just mentioned ― you need to spend Christmas alone. It’s important. All the experts agree with that.”

He then attacked an official from the Centers for Disease Control and Prevention for offering the same message.

The so-called War on Christmas is a narrative that Fox News, President Donald Trump and others on the right have long peddled. The network has claimed for years that the Christian holiday and its customs are somehow under siege.