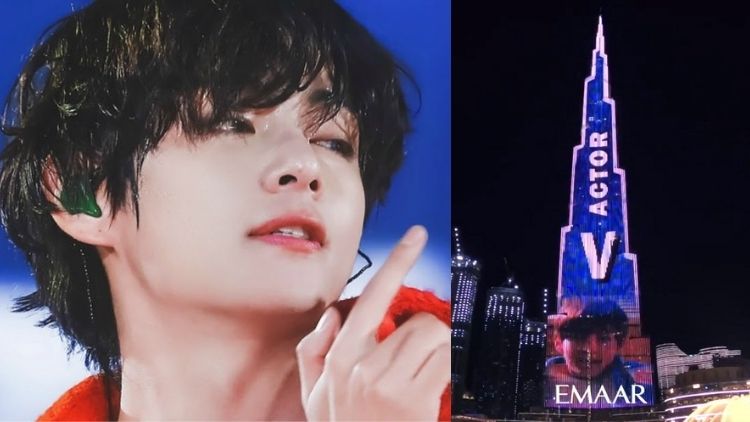 BTS member V aka Kim Taehyung is turning 26 on December 30. Last year, V’s Birthday Dubai’s Burj Khalifa lit up in honour of the singer. The young singer has become the first K-Pop artist to get such an honour. And is the second personality after Shah Rukh Khan to get a birthday tribute on the world’s tallest building. It has been rumoured that this year also V’s name will pop up on Burj Khalifa as a gift for the singer from his Chinese Army Vbar. But this time the singer will be on Burj Khalifa with his classic Inner Child playing along the show for 3 mins.

Ahead of his birthday, BTS singer V placed a special birthday gift request from RM. The singer said he wants a painting. BTS singer V, on Instagram, revealed that he wants a painting from RM. The Winter Bear singer expressed his wish while commenting on J-Hope’s post on Instagram platform. The singer has also released “Christmas Tree” the most awaited OST of the year from Our Beloved Summer as a return gift for his fans.

This year as well, ARMY group from across the world are planning big for V’s birthday. Indian BTS Army have put LED ad near Rajiv Chowk metro station in Delhi. And has also planned to celebrate his birthday by cutting cake at Dessert Gallery Café. Similarly in Kolkata, an LED ad has been put on Park Street. Also, it has been reported that in Mumbai, the Army has launched an initiative of Menstrual hygiene in marginalised women.

'Film Toofaan is like a dream come true for me' , Mrunal

Naseeruddin Shah Hospitalised Due To Pneumonia