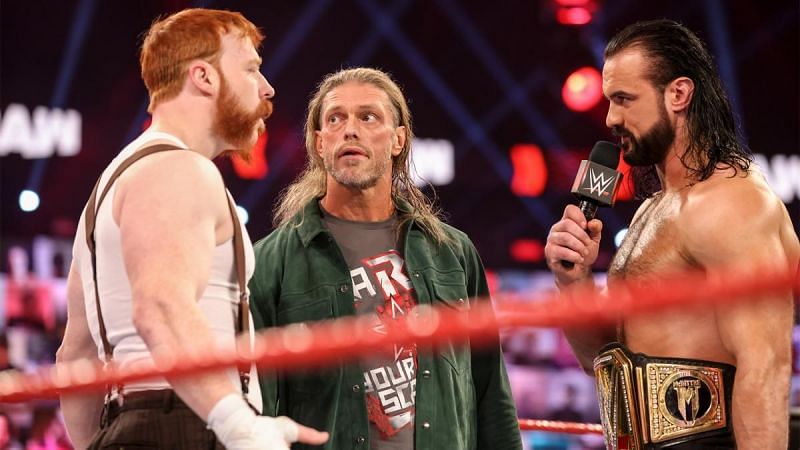 Edge returned to WWE at last year’s Royal Rumble after being away from the ring for almost nine years. He won this year’s men’s Royal Rumble match, which was his first match in WWE after seven months.

In an interview with CBS Sports, Edge revealed that he would like to face AJ Styles, Seth Rollins, Cesaro, Riddle, Ricochet, Mustafa Ali, Sami Zayn, Daniel Bryan, and Damian Priest.

“I’ve never laid hands on so many of these guys. I scratched the surface with AJ Styles and Seth Rollins just because of Rumbles. To me, both of those matches have to happen. They just have to. Last night, for the first time, I felt what Cesaro brings, and Matt Riddle. You go up and down the roster and think, ‘Oh man, what I could do with that guy.’ Ricochet and [Mustafa] Ali and Sami [Zayn] and all of these guys I’ve never had a chance to get in there with. Let me get in with Cesaro. I’d love to do an Ironman with Daniel Bryan. There’s just so much talent I would love to get in with. I got a sample of Damien Priest, and that was exciting.”

Edge since his return to WWE

Since his return to WWE in 2020, Edge has taken part in two Royal Rumble matches, and three singles matches, all against the same opponent – Randy Orton.

But, it seems that the storyline with Randy Orton has ended. Edge will now have to choose to face one of the three world champions in WWE, at WrestleMania 37: WWE Champion, Drew McIntyre; Universal Champion, Roman Reigns; or NXT Champion, Finn Balor.

Edge was on RAW after Royal Rumble, and will now make appearances on NXT and SmackDown this week.