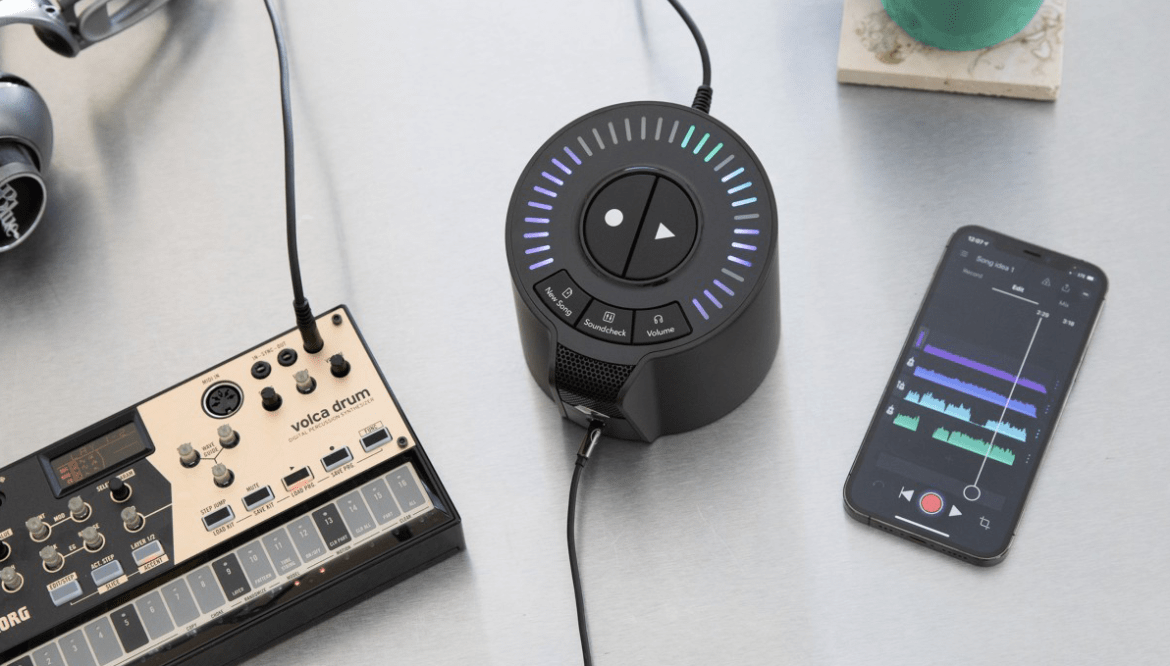 The iZotope Spire Studio is a bit of an oddball. It’s an mobile audio interface with a pair of combination XLR and 1/4″ inputs, plus a built in mic. It’s has built-in effects and mixing tools. And it looks like… well, I don’t know. A stack of hockey pucks? A giant chicken head knob? Well it’s getting a serious upgrade for its second generation, but as usual there’s good news and bad.

Lets get the bad out of the way first. It still looks the same. It’s small, but kind of oddly shaped and it doesn’t have a carrying case, which makes it awkward and a little unnerving to shove in a gig bag. It’s also getting a big price hike. We dinged the original for its “hefty price tag” when we reviewed it. Well, the first gen Spire retailed for $350. The second-gen? A whopping $499.

On the plus side, the preamps have been upgraded and should be quieter and less prone to interference. The onboard storage has been increased from four hours, to over eight hours, and battery life has been improved, though only marginally (from four hours to “four-plus” hours).

Added Bluetooth functionality should also make set up much quicker.

But, some of the biggest changes are on the software side. Spire Pro, a $4.99 subscription service adds automatic noise reduction, effects and mastering tools from iZotope’s deep and excellent plugin range like RX, Ozone, Nectar and Trash.

And of course, all the AI-powered mixing and mastering features, plus automatic level setting using Soundcheck are still present.

All in all it’s a notable upgrade over the original. And iZotope’s software smarts are not to be underrated. (Several Engadget staffers will swear by their plugins.) But an already expensive niche device only got more expensive, which will further limit its appeal.