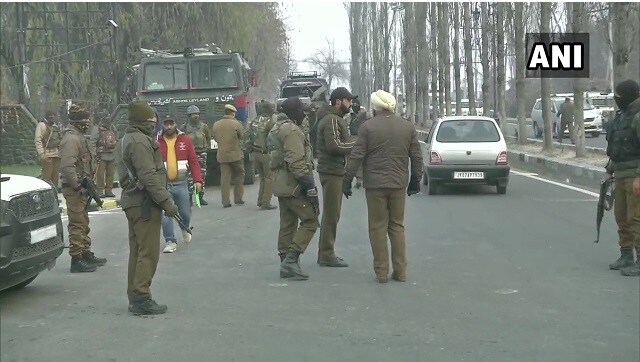 The fate of nearly 4,181 candidates for the 280 District Development Council (DDC) seats in Jammu and Kashmir will be decided on Tuesday.

A day before the counting of votes in the District Development Council polls in Jammu and Kashmir, authorities on Monday took into preventive custody at least 20 political leaders, including three senior PDP functionaries.

PDP president and former chief minister Mehbooba Mufti described the detention of her party leaders as “out and out Gunda Raj” and accused the BJP of planning to “manipulate” the results.

Officials said the authorities took 20 leaders, including Sartaj Madni, Mansoor Hussain and Naeem Akhtar of the PDP, into preventive custody during the day.

Similar action is being taken against mainstream politicians in other districts of Kashmir Valley as well, the officials said.

Mehbooba said, “Total lawlessness as PDP’s Sartaj Madni and Mansoor Hussain have been arbitrarily detained today on the eve of DDC election results. Every senior police officer here is clueless as it is ‘upar say order’. No rule of law in J&K anymore. It is out and out Gunda Raj.”

Madni, a former deputy speaker of the erstwhile assembly of Jammu and Kashmir, is also Mehbooba’s uncle, while Hussain is a former MLA. Both the leaders are from south Kashmir.

In another tweet this evening, Mehbooba said Akhtar was abducted by Jammu and Kashmir Police and is being taken to MLA hostel. She added democracy was being murdered in J-K.

The first-ever DDC elections in Jammu and Kashmir were held in eight phases and authorities have put in place all arrangements for counting of votes on Tuesday.