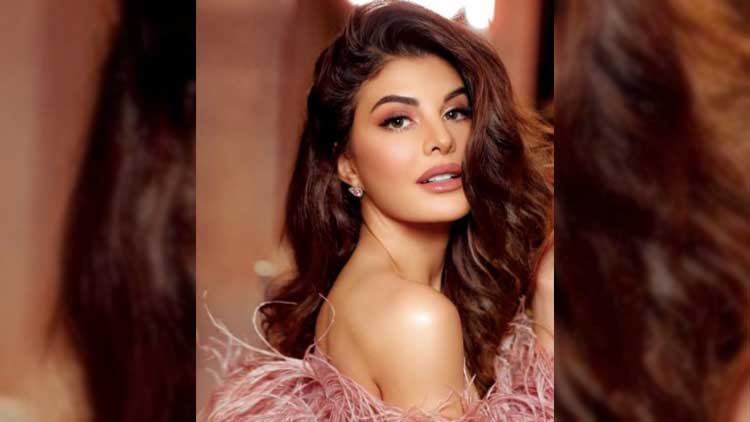 Jacqueline Fernandes and Badshah created magic last year with their song ‘Genda Phool’ which became the 4th Most watched video on You Tube across the world in 2020. They are back together with their new song ‘Paani Paani’ which will also feature singer Aastha Gill alongwith them.

Sharing the first poster of the song, Jacky wrote,”Here we go again #PAANIPAANI ” The poster shows the word Paani Paani written against the backdrop of a desert which is ironic in itself. First look of the song will be out soon.

This is Jacqueline’s second collaboration with Badshah, while this song will be Badshah’s and Aastha’s fourth song together after DJ Wale Babu, Buzz and Heartless. We all know when Badshah and Aastha come together, the song is super hit and this time we have Jacky adding the glamour quotient.

She recently entertained the audience with her dancing skills as she made a special appearance with Salman Khan in the song ‘Dil De diya’ in the movie ‘Radhe Your Most Wanted Bhai’.

On the Workfront, she has a list of films in her kitty. She will be seen in Lakshya Raj Anand’s ‘Attack’, Pavan Kirpalani’s ‘Bhoot Police’, Rohit Shetty’s ‘Cirkus’, Farhad Samji’s ‘Bachchan Pandey’ and Abhishek Sharma’s ‘Ram Setu’.

Jacqueline Fernandes is back again with Badshah for the song 'Paani Paani', First lookout soon

X
Hina Khan will be seen opposite Shaheer Sheikh in her next music video…EntertainmentActress Hina Khan is seen in back to back music videos. Recently his music video Patthar Vargi" was released, where his song is speaking to the heads …
close