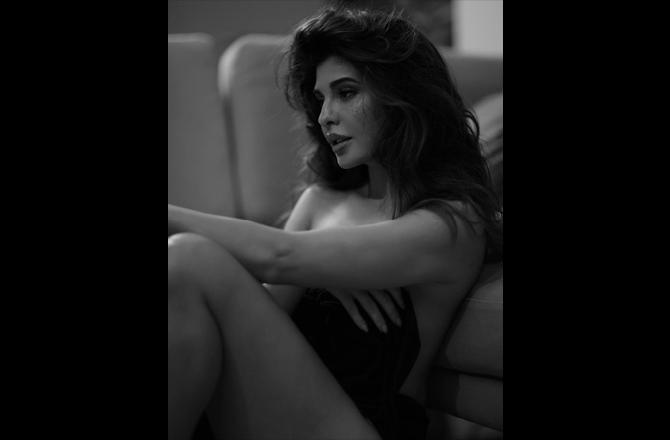 Jacqueline Fernandez surely knows how to have fun on social media. At the same time, there’s a deep side to her posts as well. If you have followed her Instagram stories and posts, they aren’t just about glamour and grandeur but also about hope and peace. The new one seems to be a mix of both.

Taking to her Instagram account, she shared a bold and beautiful black-and-white picture and this is what she captioned it- “Far far away…” [SIC] And as expected, most of her comments section was filled with heart-eyed and fire emojis.

The actress now has three massive films lined-up, which include Bhoot Police, Kick 2, and CirKus. Talking about the same to Bombay Times, Fernandez stated, “I am looking forward to working on such exciting projects. The genres of each of the films are very different from each other and something I wanted to tick off my bucket list. The characters in my name have very different demands, so, it’s going to be super thrilling.”

Speaking about her co-actors, she shares, “The co-stars are people I have cherished working with before, Salman and Saif. I will be collaborating with Rohit Shetty and Ranveer for the first time, they are all powerhouses of talent and it’s going to be a blast shooting with them.”

“I will have no time to unwind and switch from one character to another, but I am not complaining, as I will be in a happy place with back to back films lined up,” Jacqueline added.