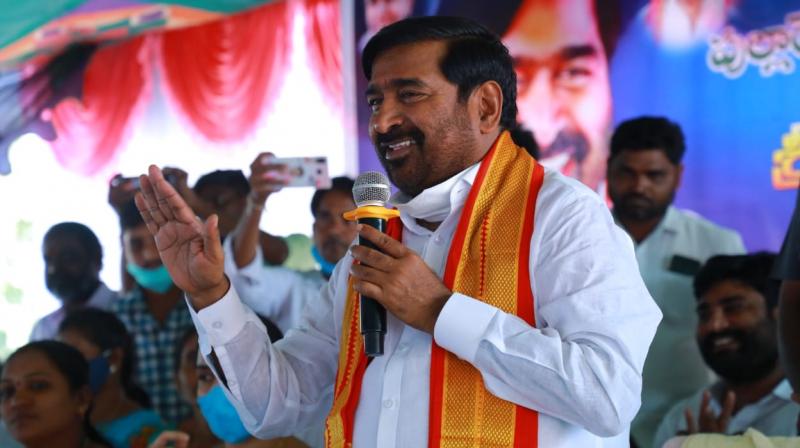 The minister said, “According to official and unofficial reports, Telangana is the top-performer state. Water is supplied to all habitations under Mission Bhagiratha. In Nalgonda district, fluoride-related health issues have disappeared due to the supply of Bhagiratha water. This is proof of the success of Bhagiratha project.”

Jagadish Reddy alleged that the Congress was bent on stalling development. “They are resorting to false propaganda. Use of water with fluoride content led to huge health problems. But, the Congress governments did nothing to change the scenario in the past six decades. We put an end to such a problem in the six years of KCR rule.”

The minister said the Congress has no right to complain against the chief minister to the CBI. “The CBI knows all about the corruption of Congress leaders. As such, you must be ashamed of speaking against KCR. The government is implementing the Aasara pension scheme for the poor. Do you have any complaint about it?  You mislead people about the Kaleshwaram project. You are standing in the way of development of Telangana state. Can you complain against Jawaharlal Nehru who constructed the Nagarjunasagar dam?”

Jagadish Reddy asked Congress leaders to control Uttam Kumar Reddy. “He keeps misleading the people about development. If he does not stop such false accusations, our cadre will teach him a lesson.”