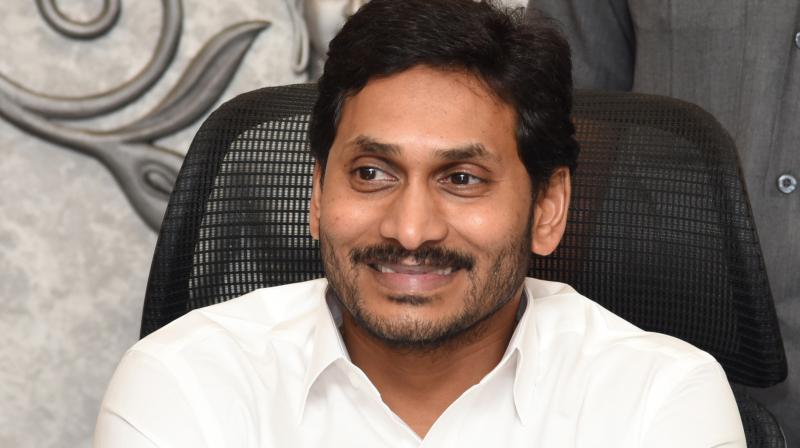 VIJAYAWADA: The state government has launched Abhayam project, a one-of-its-kind initiative aimed at ensuring safety of women and children while travelling in public transport, particularly autorickshaws.

Chief Minister Y.S. Jagan Mohan Reddy launched the project in his camp office at Tadepalli on Monday. He said that the Abhayam device would be fitted in autorickshaws and cabs. He said that the Abhayam app will provide emergency help to those in distress.
Speaking on the occasion, the Chief Minister said that his government was taking many steps towards women empowerment. This is the first Internet of Things (IoT) based women safety project. He asserted that this ambitious project was brought not due to lack of trust on auto and taxi drivers, but to bolster confidence levels of women passengers.

“It is not just Ola and Uber that offer safe travel, even our local autos and taxis can offer much safer transport, where women need not fear,” he said.
The CM said that the project aims to bring one lakh autos under the Abhayam initiative, where 5,000 vehicles will be equipped with tracking and IoT devices by February 1, 50,000 vehicles by July 1 and reach one lakh by November.

He said “Initially, IoT devices were set up in 1,000 autos in Visakhapatnam as a pilot project and will now be introduced in Vijayawada and Tirupati. Those travelling by autos will need to install the Abhayam mobile application on their mobile. The QR code affixed to the vehicle must be scanned before boarding the vehicle. With this, the driver’s photo and vehicle details will be shown. If women using a smartphone encounter difficulty in their journey, they can send the vehicle number to the police from the app and the whereabouts of the vehicle can be tracked through GPS. Passengers who do not have a smartphone can press the panic button on the IoT device attached to the vehicle and the information is sent to the Command Control Centre. This causes the cab or auto to stop immediately and alert the nearest police station.”

Reiterating that the state government is giving top priority to law and order, safety and security of women, the Chief Minister said that there should be no compromise on this issue. He pointed out that the government has provided financial assistance through schemes like Aasara, Cheyutha to empower them. He recalled that similarly, the government had also brought 50 percent reservation to women in nominated posts and also appointed women as Home Minister and Deputy Chief Minister.

They have also established special police stations in every district and are taking steps to set up special courts and bringing Mahila Police Mitras in every village. The police wing has launched Disha App.