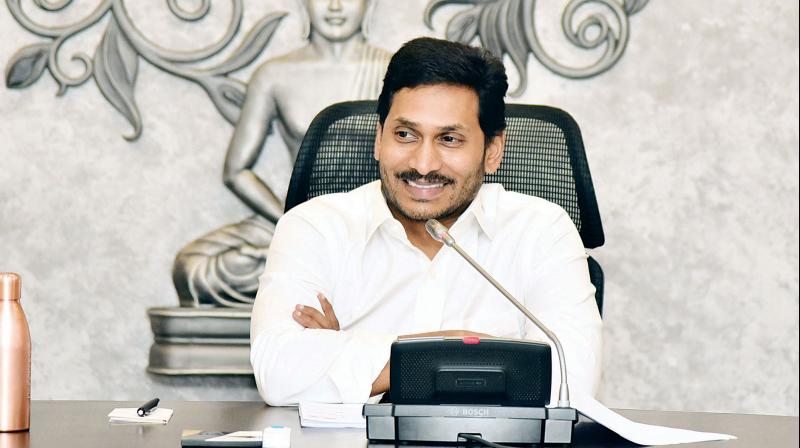 “From now on, small and petty vendors and artisans needn’t approach private parties for loans and burden their lives by paying heavy interest, as they can take loans from banks under the Jagananna Thodu scheme for their working capital needs,” said the Chief Minister, after launching the scheme.

Jagan Mohan Reddy said he had witnessed the plight of small vendors and artisans during his 3,648-km padayatra, where the vendors cater to the needs of the public irrespective of adverse weather conditions by selling vegetables, flowers in the streets.

Their absence, he said, not only puts our livelihood in jeopardy but also our economy in doldrums.

As the vendors come under the unorganised sector, the Chief Minister said the banks don’t provide loans, which force them to approach private parties to take loans at high-interest rates to run their businesses, and they often fall into debt-trap.

“This scheme will bring a sea-change into the lives of small and petty vendors, as the government is relieving them from paying heavy interest. The vendors will be accompanied by volunteers and welfare assistants of village/ward secretariats to provide a helping hand right from identifying beneficiaries, taking their applications and arranging loans. Through this scheme, about `1,000 crore is being lent to nearly 10 lakh people, where the government will be paying interest of Rs 60 crore to Rs 100 crore annually, and if it is taken for 10 years, it will be Rs 1,000 crore.”

The Chief Minister further said, “The government is implementing the scheme in collaboration with bankers to better the lives of small traders and vendors. The banks will credit the loan amount of Rs 10,000 to the beneficiaries’ accounts within a week or 10 days. The beneficiaries will also be provided with QR-based smart ID cards and if they repay the loan amount in the given timeline, the state government will reimburse the interest once in every three months directly to the beneficiaries’ accounts. Further, they will be eligible to take the next loan.”

He said vegetable vendors, fruit vendors, small shopkeepers, pushcart vendors, and traditional artisans are eligible to apply for the scheme. “If any eligible person was not covered in this scheme, they can still apply through volunteers, and upon verification, they will be provided with the scheme benefits in a month or two. They can call on the 1902 toll-free number to get enrolled,” the Chief Minister said.

Why are small savings schemes so important?