Home Sports Jake Paul vs. Ben Askren: How many significant strikes did ‘Funky’ land in his first two UFC fights?

Jake Paul vs. Ben Askren: How many significant strikes did ‘Funky’ land in his first two UFC fights? 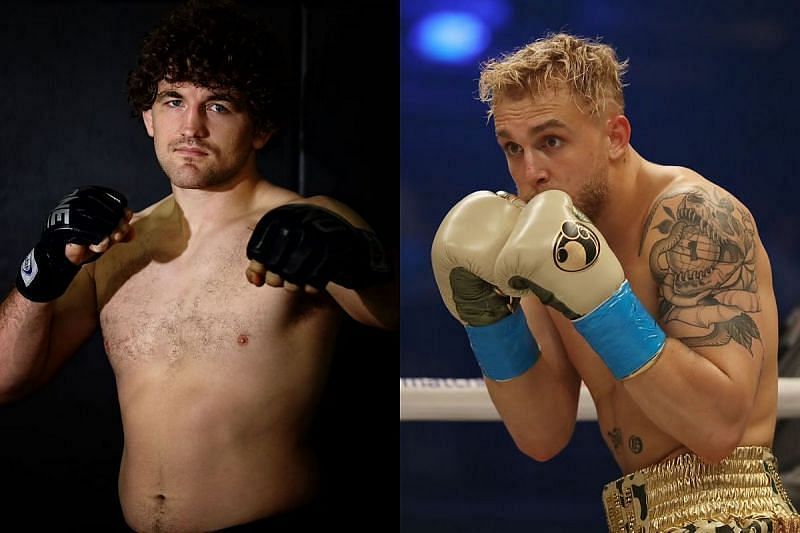 Ben Askren has landed a total of zero significant strikes during his first two fights in the UFC. The retired mixed martial artist known for his grappling skills made three appearances in the promotion.

A former ONE and Bellator welterweight champion, Ben Askren, has accepted a call-out from YouTuber Jake Paul to fight him in a boxing match on April 17. It will be Paul’s third bout as a professional boxer, while Ben Askren never competed in the sport before.

Contested by combat sports fans and experts about his boxing abilities, Ben Askren is confident that he can beat Paul. He relies on his fighting knowledge and experience to defeat the internet celebrity-turned-boxer.

However, it is undeniable that Ben Askren’s performance during his MMA days was almost completely based on his grappling and wrestling skills. A former Olympian wrestler, Ben Askren, used his abilities in the ground to overcome fierce opponents who he had no chance fighting standing up.

Ahead of Ben Askren’s third and last fight in the UFC, against Demian Maia, the statistics-oriented Twitter account “MMA by the Numbers” shared a piece of numeral trivia revealing that Ben Askren had landed no significant strikes at all in his two first UFC bouts.

Demian Maia has landed 3 significant strikes in his last 2 fights.#UFCSingapore

Jake Paul has knocked out both of his opponents after connecting violent punches. However, none of them were professional fighters. The first, AnEsonGib, is a fellow-YouTuber, while Nate Robinson was a retired NBA player.

One of the hottest topics in the combat sports world is the upcoming boxing match between former UFC welterweight Ben Askren and internet celebrity Jake Paul.

The debate over Ben Askren’s boxing skills is the main point of discussion. The retired mixed martial artist was never known for his standing abilities and struggled to use his punches while competing in MMA fighting organizations.

Nevertheless, Ben Askren has his experience and fighting expertise in his corner. While Paul has never lost, he has also never faced a professional fighter, who would react very differently to being punched than his first two opponents.

Even if Ben Askren has no boxing talents, he can still outdo the YouTuber if he exploits his cardio and endurance, clinching Paul during the early rounds and then engaging in combat during the closing moments of the fight.

Do you think that Ben Askren can defeat Jake Paul in boxing? Sound off in the comments.