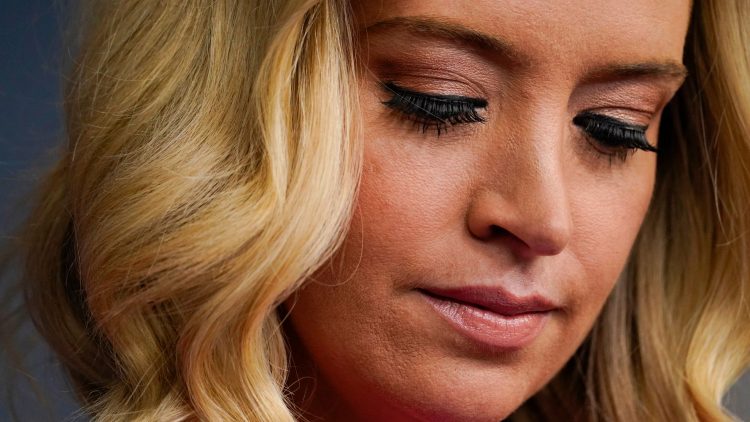 Jake Tapper revealed Sunday that he never interviews White House Press Secretary Kayleigh McEnany on CNN because she “lies the way that most people breathe” — constantly.

McEnany is among several lying White House officials Tapper said he avoids because they provide “no value” to an examination of the news.

Tapper attacked McEnany’s veracity as a guest on Brian Stelter’s “Reliable Sources” for a look back on President Donald Trump’s war with the media throughout his term. Stelter asked Tapper how he decides who to interview, and how he handles false information from the White House.

“There are some people that are so mendacious, I just wouldn’t put them on air,” Tapper responded. “Kayleigh McEnany, I never booked her. Jason Miller from the Trump campaign, I would never book him. These are just people who tell lies the way that most people breathe. There was no value in that.”

On the other hand, Tapper said he has interviewed former White House counsel Kellyanne Conway because she’s “more of a filibusterer and a subject changer,” different from McEnany, who “tells lies all the time” and “can’t acknowledge reality,” he explained.

“I am just not going to put somebody like that on air,” Tapper emphasized.

McEnany snapped back on Twitter later, calling the Stelter and Tapper interview a “therapy session for a broken network.”

She added: “I do not lie,” underscoring Tapper’s point.

This is a therapy session for a broken network, and @jaketapper is lazy enough to participate by lobbing baseless personal attacks, with ZERO evidence.

I do not leak.

But I DO call out the lies of the media (i.e. CNN Russia collusion hoax!) https://t.co/Gz0RWbwhJZ

Check out Tapper’s comments in the video clip up top.