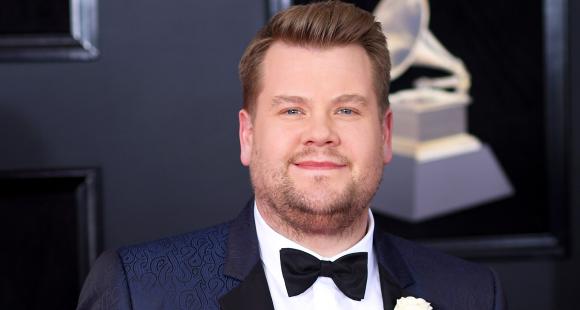 James Corden recently revealed that he has lost 20 pounds in the past 3 months, scroll down to see how the TV personality did it.

British TV personality and actor James Corden recently got candid about his body transformation. The 42-year-old The Late Late Show host revealed that he’s lost 20 pounds over three months thanks to Weight Watchers (WW). Speaking to People magazine today, Corden said: “I used to go on a crash diet every January. By April, any progress I had made at the beginning of the year was already out the window. With WW, it’s a different story. I can eat what I love, and the app everything — it keeps me focused. And guess what? I’m down 20 pounds since the start of this year,” he revealed to the outlet.

“WW has changed my life without disrupting my life.” In addition, Corden also revealed that he will put his weight loss on display in a new ad for WW that will start airing over the weekend. While the star has been very open about his weight loss journey, this dramatic transformation still comes as a surprise. If you missed it, back in February, while talking to Oprah Winfrey the actor said, “I’ve lost 16 pounds, and I’ve been doing some exercise, which I hate.”

“I just can’t bear it, so I’m using the word hate. But my wife [Julia] she’s so good at it. My wife is actually planning a little circuit for us after this so we do it together.” “We do some weights, and these little runs. I moan about it constantly and then I have to begrudgingly say later that afternoon that I do feel better about myself,” he said. “So that’s what we’re doing, but it’s about support. At the very least we’ll just take a walk together, which is really lovely for us.”

ALSO READ: James Corden has the SWEETEST words to say about BTS and the ARMY: They are only about doing something good